Home
Stocks
Capitol Report: Trump’s acting budget chief is ‘terrified’ to admit any jobs were created under Obama, Princeton professor suggests
Prev Article Next Article
This post was originally published on this site

If Kevin Kruse, a social-media-active history professor at Princeton, has it right, fear featured prominently in this exchange between Trump’s acting budget chief, Russell Vought, and Democratic congressman Albio Sires of New Jersey:

Administration officials are apparently so terrified of incurring Trump’s wrath they can’t even acknowledge basic facts if they make Obama look good. https://t.co/rsx74yrUce

What Vought came up with when asked a straightforward question about jobs growth under President Barack Obama: “My recollection is that under the Obama administration, we lost 200,000 manufacturing jobs.”

Spires, who fired back that he wasn’t asking about the manufacturing sector, would later tweet of Vought’s unwillingness to answer his question that “this is not disagreeing on policy [but instead] ignoring facts that don’t suit you.”

According to the Annenberg Public Policy Center, as you can see in this chart, a net 11.6 million jobs were added under Obama: 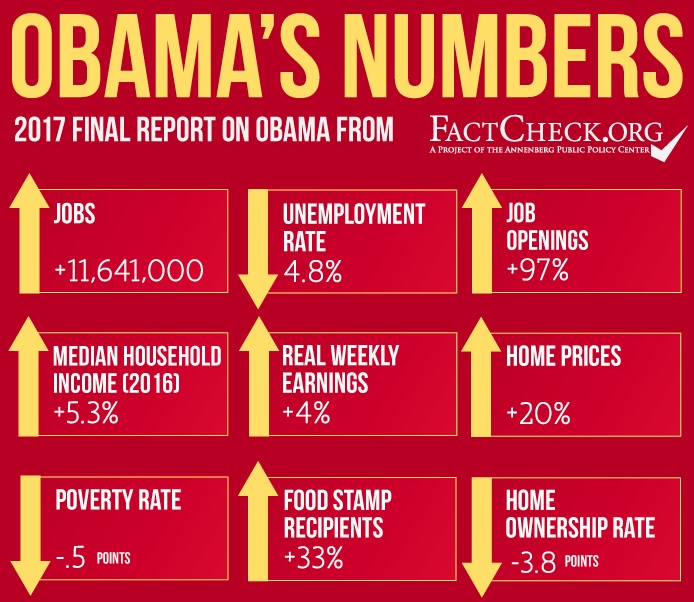 Another statistic that’s been floating around lately shows that, according to Labor Department figures, 1.5 million fewer jobs were created in Trump’s first three years in office than during the final three years of Obama’s presidency.

Opinion: President Trump is coming up short on his promises to restore all those factory and mining jobs

“Jobs were created, growth was there by the end of the Obama administration, and I [have] to put up with this nonsense that we somehow didn’t do anything to save this country,” the Cuban-born Spires told Vought.