Home
Stocks
Economic Report: Consumer sentiment climbs in February and returns near 15-year high
Prev Article Next Article
This post was originally published on this site 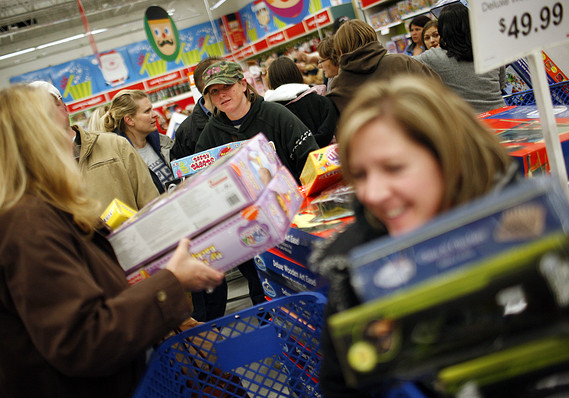 Consumers are feeling pretty chipper about the economy.

The numbers: A measure of consumer confidence rose in February to within a whisper of a postrecession high, reflecting a remarkably lofty level of optimism among Americans about their own finances and the U.S. economy nearly 11 years after the last recession.

The consumer sentiment survey climbed to 100.9 in February from 99.8 last month, according to the University of Michigan. Economists surveyed by MarketWatch had forecast a flat reading.

The preliminary February results fell just short of a 101.4 reading two years ago that set the high watermark during the current economic expansion that began in the middle of 2009.

One caveat: Only 7% of respondents mentioned COVID-19, the illness tied to a novel coronavirus in China. If it spreads beyond China it’s bound to dampen confidence in the months ahead.

What happened: Consumers mentioned improved incomes and wealth more than any time since 1960, most likely reflecting a stock market that’s surged to record highs as well as rising wages.

That’s got Americans feeling pretty good. A gauge that measure what consumers think about their own financial situation and the current health of the economy inched down to 113.8, but it’s still close to a postrecession high.

Consumers had an sunnier view of the near future. A gauge that asks about expectations for the next six months climbed 2.1 points to 92.6%, marking the second-highest level since the end of the 2007-09 recession.

In a bit of a surprise, though, consumers turned more sour on whether it’s a good time to buy durable goods such as new cars and trucks, computers and appliances.

For now, the spread of COVID-19 hasn’t made much of an impact on consumers. Neither has the 2020 presidential election. Only 10% mentioned the election as potentially swaying their view of the economy.

By and large, Republicans feel great about the economy, Democrats are gloomy and independents are in the middle.

Read: U.S. retailers get off to a sluggish start in 2020 — clothing stores the biggest losers

What remains to be seen if is COVID-19 or an increasingly contentious 2020 election saps the optimism of consumers or makes them more uncertain.

Market reaction: The Dow Jones Industrial Average DJIA, -0.07% and S&P 500 SPX, +0.13% were bouncing around Friday late morning, most recently trading little-changed. Both indexes have set fresh record highs in the past week, but continuing worries about the spread of COVID-19 appear to be limiting further gains.

Read: Fed’s Powell says the coronavirus poses a risk to the U.S. economy