Home
Market
Death knell sounds for some of Japan's oldest department stores
Prev Article Next Article
This post was originally published on this sitehttps://i-invdn-com.akamaized.net/trkd-images/LYNXMPEG850P5_L.jpg 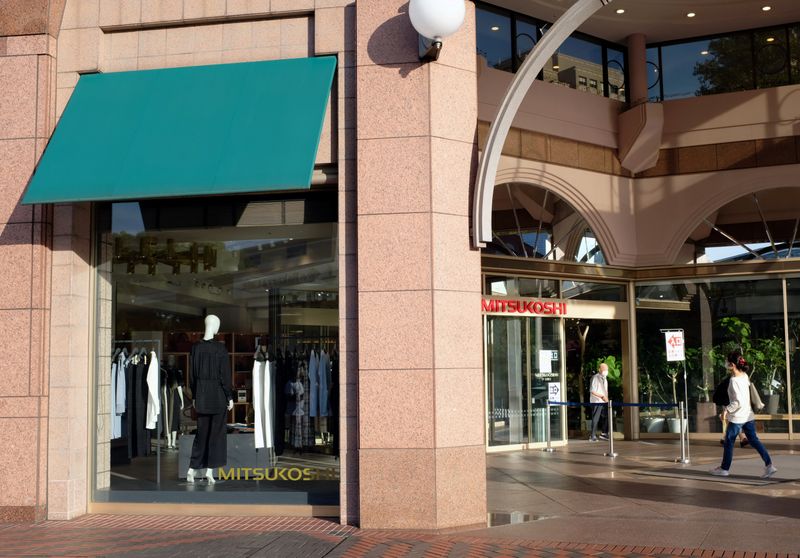 Known for fancy food halls, luxury items, impeccable service and, in their heyday, rooftop attractions to entertain families, Japan’s department stores have been in a long slow decline as shopping habits change.

Now the coronavirus pandemic, just as it has forced U.S. retailers such as Lord & Taylor and Neiman Marcus into bankruptcy, is hammering nails into coffins for some – particularly those in regional areas.

Last month, 146-year-old Nakago closed the doors of its last remaining store in Fukushima city, also in the north, while Izutsuya Co Ltd, a chain in the southern city of Kita Kyushu, shuttered one of its two main stores.

“Everyone agrees it’s very disappointing, but the truth is that people haven’t been shopping at these stores lately,” said Shuhei Yamashita, a retail consultant who hopes to buy the Onuma department store from creditors and turn it around.

This year, with consumers wary of shopping and tourism decimated amid the pandemic, sales have plunged. Industry sales dropped by a fifth in July from a year earlier and policymakers fear more store closures and bankruptcies are inevitable.

Even before this year’s woes, Japanese department stores have struggled to stay relevant, selling items such as $10,000 kimonos and posh tableware to maintain their cachet even as consumer tastes have turned towards more informal items. At the same time, consumers have taken much of their shopping online.

Both industry-wide sales and store numbers have tumbled 30% since 1999. Some of the country’s 203 department stores have also drastically shrunk floor space by bringing in other tenants.

Big national chains and stores in major cities haven’t been immune. Isetan Mitsukoshi Holdings Ltd, for example, has closed several stores over the past decade and said in March it would close a Mitsukoshi store in downtown Tokyo next year.

However, it is the prospects for regional stores and the implications for their local economies – already wracked by decades of deflation, anaemic growth and an exodus of young people searching for better jobs – which are causing the most concern.

Policymakers fret store failures may sow seeds of crisis, exacerbating pain felt throughout a local economy to the point that beleaguered regional lenders will not be able to cope with increases in non-performing loans.

“Closures will weigh on property prices, jobs and many other aspects of an already weakening regional economy,” said a government official with expertise in regional finance, speaking on condition of anonymity.

But whether any of the government’s pledge of $2.2 trillion in stimulus for pandemic-hit companies finds its way to department stores remains an open question with some government officials and politicians privately saying that the money needs to be funnelled towards more viable industries.

In Yamagata, the future of the Onuma department store remains unclear. Although Yamashita’s company is keen to keep the store going, creditors could opt to sell to a higher-paying bidder.

Some locals seem resigned to Onuma’s failure, saying it had failed to keep up with changing lifestyles including the rise of online retailers and faster transport links to bigger cities.

“Infrastructure, transportation, lifestyles, information, culture, values – everything has changed,” Takashi Inoue, president of a metal processing company in Yamagata, wrote in a blog as he lamented Onuma’s bankruptcy.

For now, Yamashita’s company is helping to keep the store open through the end of September, although the food hall is closed and shoppers are limited to browsing for deals among household items and clothes he has gathered from various warehouses.

Still, Yamashita isn’t giving up hope that creditors will be convinced by his plans to revamp the store.

“It’s a place people once loved,” he said. “It will be a shame if it becomes just another high-rise development.”