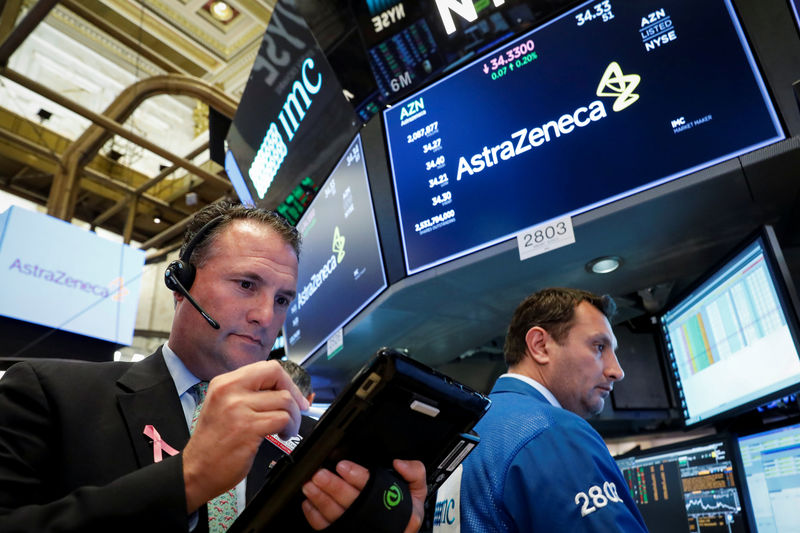 The tech-heavy Nasdaq snapped its two-day losing streak as deal activity lifted sentiment on the sector.

Oracle Corporation (NYSE:ORCL) jumped 4% as the company appears to be at the front of the queue to partner with ByteDance’s TikTok business in the U.S. ByteDance reportedly said it prefers to partner, rather than sell, TikTok’s U.S. business, rejecting an offer from Microsoft Corporation.

U.S. Treasury Secretary Steven Mnuchin confirmed the Trump administration has received the proposal offer from Oracle for TikTok ahead of a deadline this week.

Microsoft (NASDAQ:MSFT) ended 0.6% higher, while other names making up the Fab 5, which accounts for 25% of the S&P 500, also ended mostly lower. Apple Inc (NASDAQ:AAPL)  was up more than 1%, while Facebook (NASDAQ:FB), Alphabet (NASDAQ:GOOGL) and Amazon.com (NASDAQ:AMZN), ended in the red.

In chip stocks, Nvidia (NASDAQ:NVDA) rallied 6% after it announced a multi-billion acquisition of chip licensing company ARM holdings. The company also received a price upgrade from Jefferies (NYSE:JEF) to a street-high $680 from $570.

Investor sentiment was also supported by positive vaccine news after AstraZeneca PLC (LON:AZN) resumed its Covid-19 vaccine trial in the U.K. Trials in the South Africa, Brazil and the U.S. remain on pause. Trials of the vaccine candidate are expected to resume midweek in the U.S.

Vaxart (NASDAQ:VXRT) jumped 47% after receiving clearance from the U.S. Food and Drug Administration to start human trials of its Covid-19 vaccine candidate

In other news, Gilead tabled a $21 billion offer for Immunomedics to bolster its portfolio of oncology drugs. Gilead Sciences Inc (NASDAQ:GILD) was up more than 2%, while Immunomedics (NASDAQ:IMMU) surged 98%.

Nikola Corp (NASDAQ:NKLA) pared some of its losses from last week, rising nearly 12% as the electric pickup maker continued to hit back at allegations of fraud published in a report last week from short-seller Hindenburg.

“The report was designed to provide a false impression to investors and to negatively manipulate the market in order to financially benefit short sellers, including Hindenburg itself,” Nikola said in a statement.