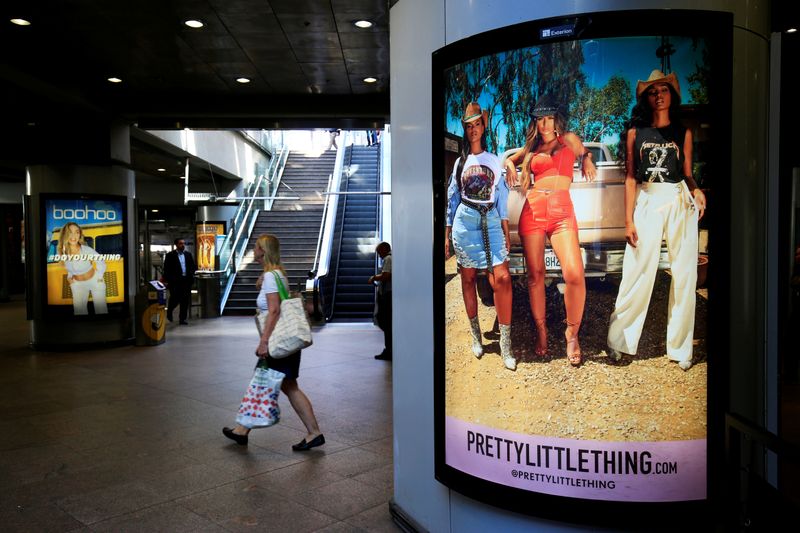 LONDON (Reuters) – Boohoo reported a 51% increase in first half profit and raised its full year guidance on Wednesday, with publicity over failings in its supply chain showing no impact on the British online fashion retailer’s sales.

Last week, Boohoo accepted all the recommendations of an independent review which found several failings in its supply chain in England after allegations about working conditions and low pay, setting out steps to tackle the problems.

Boohoo, which sells own-brand clothing, shoes, accessories and beauty products targeted at 16- to 40-year-olds, has been under intense scrutiny since July when the allegations surfaced after a lockdown during the coronavirus pandemic.

Unlike store-based rivals who had to shutter shops for several months during coronavirus lockdowns, Boohoo was able to trade throughout the first half and said it had made a good start to the second, with momentum continuing into September.

“Boohoo has shrugged off the supply chain scandal and strutted ahead with strong revenue growth across all its brands and markets,” Hargreaves Lansdown (LON:HRGV) analyst Susannah Streeter said.

Revenue for 2020-21 was now expected to grow by 28% to 32% versus approximately 25% previously guided, while core profit margin (adjusted EBITDA margin) was expected to be around 10%, versus 9.5% to 10% previously forecast.

Boohoo said it is planning for economic uncertainty in the second half, including possible reduced consumer spending.