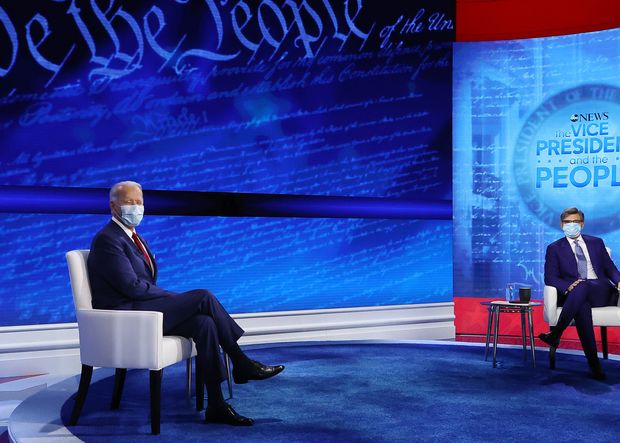 Biden’s time slot on Disney-owned DIS, -0.28% ABC ran 90 minutes to Trump’s 60 on NBC, a Comcast CMCSA, +0.93% property, and the former vice president reportedly continued to answer audience questions for more than a half hour after the cameras were off.

The ratings data are subject to change, with the Trump town hall “aired simultaneously on NBC, its broadcast affiliates, and cable channels CNBC and MSNBC,” according to Variety. Biden’s event aired live on ABC on both coasts, and its ratings will be subject to time-zone adjustments.

NBC had faced harsh criticism over its last-minute decision to air its town hall with Trump at the same time as Biden’s with ABC, which had been announced a week earlier. (The two had been scheduled to debate in person on Thursday, and Trump pulled out when the debates commission switched to a virtual format as Trump recuperated after his COVID-19 treatment.)