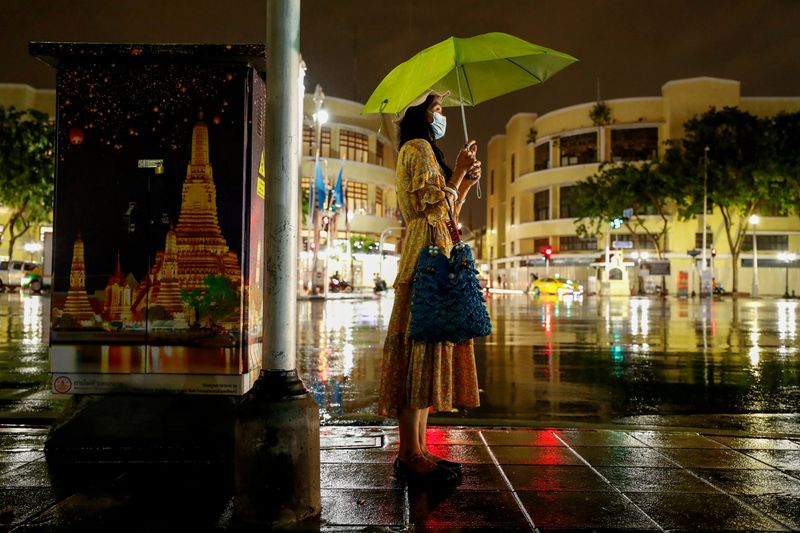 BANGKOK (Reuters) – A pandemic-exacerbated surge in Thai bad loans to nine-year highs and the end of a debt payment holiday are prompting buyers of distressed debt to embark on a shopping spree in Southeast Asia’s second-biggest economy.

About 6.89 trillion baht ($221 billion) of outstanding Thai debt – or 42% of total lending – has been under relief programmes that include payment deferment and reduction, interest rate reduction and restructuring.

The most significant of these – a government-mandated six month debt payment holiday – ended on Thursday.

The Bank of Thailand has said it does not expect sudden and large defaults, but its former chief Veerathai Santiprabhob, whose term ended last month, warned in August bad debt could jump as the economy slumped.

“We will focus on buying debt this year and next,” Bunyong Visatemongkolchai, the bank’s executive board chairman said, adding it planned to issue 25 billion baht of bonds to fund purchases.

Easy credit for consumers and businesses for years have prompted many warnings about the dangers of the household debt malaise in Thailand. Those are now proving prescient as the pandemic batters businesses, leaving as many as three million people without work.

Thai household debt is among Asia’s highest, at 83.8% of GDP as of June, the highest level since 2003, while the central bank predicts the trade and tourism-dependent economy could shrink by a record 7.8% this year.

Months of protests against the government and the monarchy could further slow a recovery for the economy.

For a graphic on Thailand’s economy and tourism:

Banks prefer keeping distressed assets in house to avoid expensive write-downs, but sometimes see no option but to sell.

For a graphic on Bad loans at Thai banks:

“We will sell debt of businesses that have no potential,” said Atipat Asawachinda, first senior vice president of Kasikornbank (BK:KBANK), which plans to offload 10 billion baht of bad debt this year.

“The amount of debt being sold in the market is so great that we don’t have time to choose,” he said, noting it had acquired debt with a face value of 12 billion baht at an average 84% discount in the first half.

JMT’s shares have surged 66% this year.

Sutthirak said relief measures had only delayed the souring of loans, likening them to holding water behind a dam, “If there is too much, it will break out”.