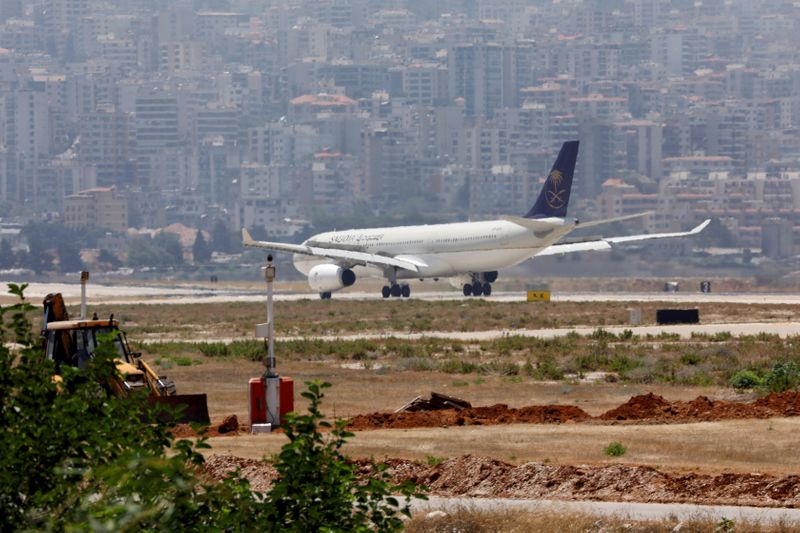 Alif Segregated Portfolio Company, which specialises in shariah-compliant aircraft leasing, has filed a complaint against the Jeddah-based carrier, also known as Saudia, in which it could seek at least $460 million in unpaid rent and maintenance cost.

Alif also demands other damages and costs, the documents seen by Reuters showed.

London’s High Court told Reuters the claim has been filed but not yet acknowledged by the defendant.

The airline, in a statement to Reuters, said it would stand by its contractual commitments and was also prepared to defend itself against inaccurate claims.

It declined to comment on specific details of claims made against it but said that active legal proceedings had not begun. “We are currently in discussions with the lessor to resolve contractual differences, and we believe that common sense will prevail in the end.”

The deal between Alif and Saudia, announced by Airbus at the 2015 Paris Airshow, was hailed as the largest aviation deal to be secured via Islamic financing. The 50 aircraft, which account for a third of Saudia’s fleet, were worth around $8.2 billion when the deal was announced.

Under the deal, Alif’s managing unit International Airfinance Corporation (IAFC) bought the planes, which included 30 A320neo and 20 A330-300 aircrafts and leased them to Saudia.

Alif claims in the documents that Saudia has failed to pay basic rent after seeking to reduce its payments and engaged in “unauthorised and unnotified engine and part swaps”.

Saudia has been struggling since the coronavirus pandemic brought global aviation to its knees. Saudi Arabia in March suspended flights and banned Muslims abroad from performing pilgrimages in the kingdom which normally attract millions of foreign visitors.

The Gulf Arab state restarted domestic flights in May and has recently resumed international flights including to cities in the Middle East, Asia, Europe, Africa and the United States.

But Saudia does not expect flight operations to return to normal until the end of the year and has asked some cabin crew employees to suspend their contracts until then.

Aviation has been one of the worst-hit industries during the pandemic and regional airlines including Emirates Airline, have cut thousands of jobs, sources have said.

Emirates has received 7.3 billion dirhams ($2 billion) from the government of Dubai as it faces a cash crunch caused by the COVID-19 pandemic.

It was unclear if the Saudi government was planning such injection to see Saudia through the crisis.