Home
Stocks
Economic Report: As pending home sales fall in September, concerns emerge about a housing rebound
Prev Article Next Article
This post was originally published on this site 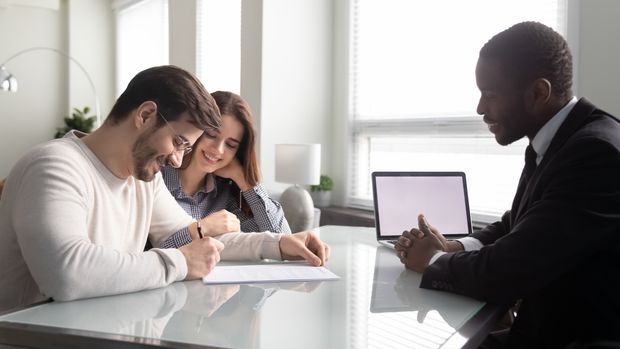 The number of Americans who signed on the dotted line to buy a home in September fell from the previous month.

The numbers: The index of pending home sales dropped 2.2% in September compared with the previous month, breaking a four-month streak of increases, the National Association of Realtors reported Thursday.

The index measures real-estate transactions where a contract was signed for a previously-owned homes but the sale had not yet closed, benchmarked to contract-signing activity in 2001.

Compared with a year ago, contract signings were up 20.5%.

What happened: The Northeast was the only region that experienced a monthly increase in pending home sales, with contract signings rising 2% in September.

The Midwest, meanwhile, had the largest decline in pending sales, with a 3.2% decrease. All regions saw higher contract-signing activity than a year ago, however.

The big picture: The dip in pending sales came as a surprise, with most economists expecting a modest increase. The decline may have been a function of seasonality — even as summer was winding down, home-buying activity remained elevated because of the delays caused by the coronavirus pandemic during the normally busier spring season.

But the slowdown in contract signings last month could also point to some of the hurdles buyers are now facing in the market. “Many buyers struggled with steeply rising prices and shrinking inventory of homes for sale,” said George Ratiu, senior economist at Realtor.com.

Buyers have bought up most of the available inventory of homes, causing home prices to skyrocket. As a result, affordability will be a growing concern for Americans looking to buy a home in the coming months, even as mortgage rates remain at record lows.

What they’re saying: ” In one line: The housing rebound is stalling, for now at least,” said Ian Shepherdson, chief economist at Pantheon Macroeconomics.

“The demand for home buying remains super strong, even with a slight monthly pullback in September, and we’re still likely to end the year with more homes sold overall in 2020 than in 2019. With persistent low mortgage rates and some degree of a continuing jobs recovery, more contract signings are expected in the near future,” said Lawrence Yun, chief economist at the National Association of Realtors.