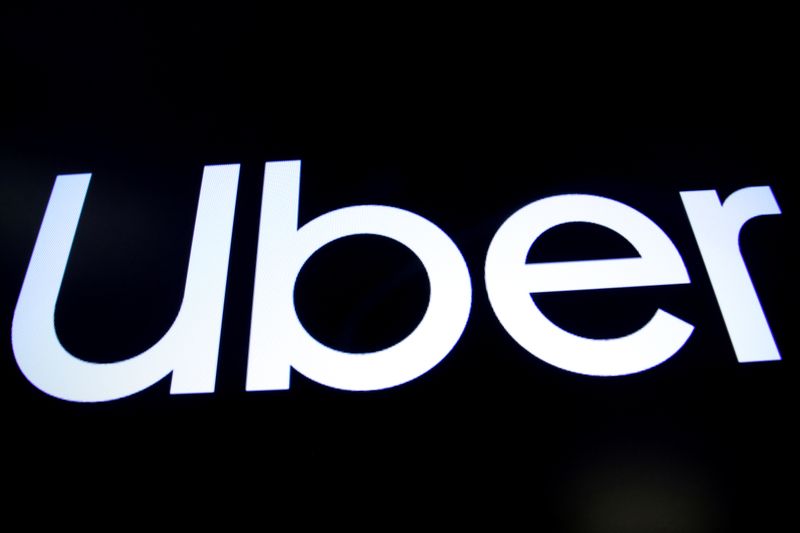 (Reuters) – Uber Technologies Inc (N:UBER) said on Thursday that demand for its food-delivery service expanded in the latest quarter, but its global rides business was seeing its slowest recovery rate in the United States, its most important market.

Uber reported revenue for the third quarter that lagged Wall Street views and a wider loss than expected.

Uber executives cautioned that ride demand in Europe, which recovered faster than any other region in the quarter, was likely to decline as several countries on the continent reimposed lockdown measures.

The company’s shares were down 1% in after-hours trading as Uber recorded greater adjusted losses before interest, taxes, depreciation and amortization in the third quarter than Wall Street expected.

Uber posted an adjusted EBITDA loss of $625 million versus analyst expectations of a $597 million EBITDA loss, according to IBES data from Refinitiv.

Non-adjusted earnings per share came in at a loss of 62 cents, compared with a 65-cent loss estimated by analysts.

Despite no end in sight for the pandemic, Uber reaffirmed its target to achieve quarterly adjusted EBITDA profitability before the end of 2021. It said it would hit that goal even if gross bookings for rides remained 10% to 20% below pre-pandemic levels, thanks to cost reductions and margin improvements at its Eats delivery business.

Revenue at Uber’s delivery unit, including Uber Eats, more than doubled to $1.45 billion, its highest ever, but the unit continues to lose money despite narrowing losses over the past quarters.

Uber continues to spend money to gain market share over food-delivery competitors. The company is hoping to close its $2.65 billion acquisition of smaller delivery rival Postmates in the first quarter of 2021 to expand further.

Demand for ride-hailing trips, responsible for nearly two-thirds of Uber’s revenue prior to the pandemic, continued to recover from an 80% drop in April at the height of the pandemic.

Gross bookings at its mobility unit remained down 50% from last year on a constant currency basis, dragged down by a slow recovery in the United States, particularly on the West Coast. Ride bookings in Europe and the Middle East recovered more steadily, down only 36% from last year.

But unlike Uber’s other units, the rides segment delivered adjusted EBITDA of $245 million.

Overall, Uber posted a net loss of $1.1 billion in the months from July to September, including stock-based compensation expenses.

The company has also gradually reduced its stake in noncore business units over the past months. A German company in September acquired Uber’s European freight business and Uber has reportedly been seeking options for its Uber Elevate business.

Uber’s third-quarter results come just two days after it scored a significant win in its California home market, where voters passed a company-sponsored ballot measure that went at the heart of the gig economy business model Uber helped create.

Uber, its smaller rival Lyft Inc (O:LYFT), DoorDash, Instacart and Postmates, who jointly spent more than $200 million on the ballot campaign, hope to turn the California decision into a model for the nation.