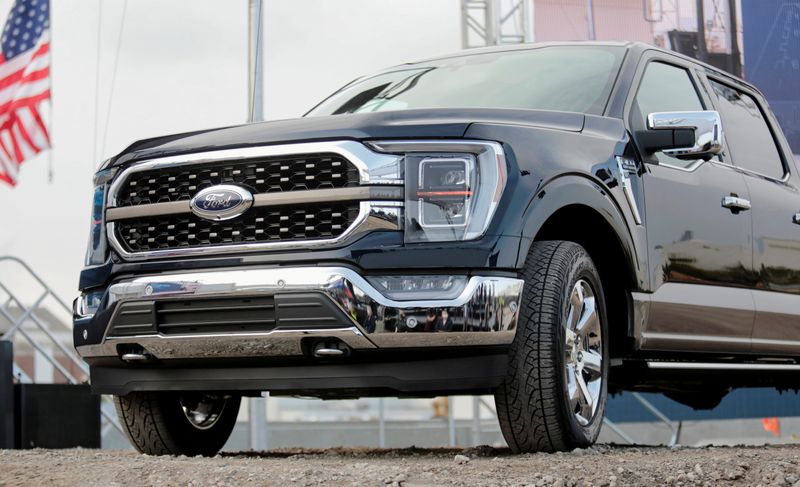 The company said it also will add a second vehicle at the Mexican factory that is already set to build the Mustang Mach-E electric sport utility vehicle. Ford did not disclose how many people would be hired to build the additional vehicle in Mexico, which would “share a similar electrifed platform” as the Mach-E.

Ford will invest $150 million to add production of electric vehicle motors and transaxles at a transmission factory in suburban Detroit, retaining 225 jobs.

The automaker’s latest electric vehicle investments are part of an $11.5 billion plan mapped out through 2022. Ford has promised the United Auto Workers union that it will invest $6 billion in U.S. factories to build electric vehicles.

Ford will increase production capacity for an electric version of its F-150 large pickup by 50% from its original plans, adding another 200 permanent jobs at a complex near its headquarters in Dearborn, Mich. Those jobs would be on top of 300 jobs previously promised for the electric F-150 line.

The electric F-150, scheduled to go on sale in 2022, will compete with electric pickups planned by Tesla (NASDAQ:TSLA) Inc, General Motors Co (NYSE:GM), Fiat Chrysler Automobiles NV and several startup companies, in a segment that was not on most automakers’ product plans just a few years ago.

Kumar Galhotra, president of Ford’s Americas and International Markets groups, said the decision to boost electric F-150 output was taken after the truck’s debut in June.

Based on the response to the work-oriented electric truck from government agencies, commercial fleets and individual buyers, “we started working on a substantial increase,” Galhotra said in an interview.

Galhotra did not say how many electric F-150s Ford will be able to build.

Ford will invest $100 million and hire 150 workers to build electric versions of its Transit commercial van, scheduled to go on sale in 2022. The electric Transit will enter a field that is racing from virtually non-existent to crowded as established automakers and startups compete to respond to demand from e-commerce delivery companies for electrically driven and digitally connected vehicles.