Home
Stocks
Need to Know: Here’s the unwelcome surprise awaiting stock investors next year, says this money manager
Prev Article Next Article
This post was originally published on this site 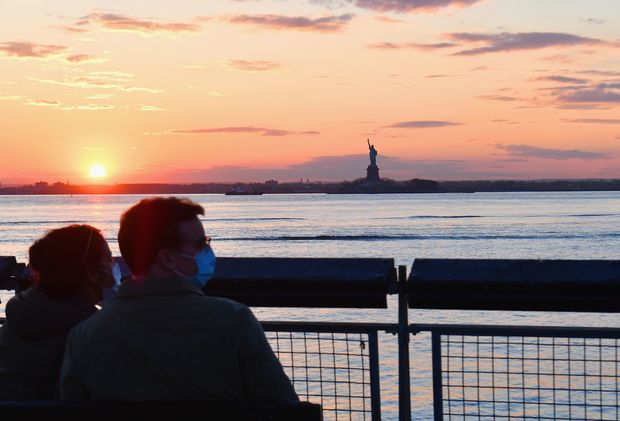 While markets may have priced in a lot of that optimism, the rest of the year probably won’t see big market drops, says Thomas H. Kee Jr., president and chief executive of Stock Traders Daily and portfolio manager at Equity Logic.

But that’s coming in 2021, he tells MarketWatch, in our call of the day.

The big reason is that Kee believes analysts’ 2021 earnings per share expectations for the Dow Jones Industrial Average DJIA, -0.55% are too high. Those DJIA EPS growth forecasts are hovering at 26%, down from 32% recently due to lockdowns kicking in over an autumn COVID-19 wave. As those expectations come down, as he expects they will, valuation risk goes up, he says.

“Assuming the Dow stays exactly where it is right now, and earnings come in at 32% growth for the Dow in 2021. At the end of 2021, the price earnings multiple for the DJIA will be higher than at any other point since the credit crisis, which means it will be extremely expensive,” he says. The market could see a drop of 25% in those circumstances, he says.

“And by the end of next year, you’re going to see material drawdowns in the market, even though everything is going to be getting back to normal,” post-COVID-19, Kee says. “When it comes, it’s going to be a surprise to most investors who expect everything to look extremely good next year. The truth is, this year should be looking worse, and it’s not, because there has been so much stimulus.”

By next year, investors will be dealing with rough economic patches and central banks cutting off stimulus (early to mid-year).

But he says Wall Street bankers will keep the market going this year to ensure those bonuses arrive by the end of it — a weak third quarter scuttled those, he notes.

As for how to play this coming drop in stocks, Kee is sticking to a strategy he recommended to this column in May — rotating between the S&P 500 ETF  SPY, -0.48%  and cash. Keep that going, he says, until you see signs that investors are picking up on an overvalued market.

The action in the stock market will matter most, he says. “I’m watching for reversal signals and they come in all kinds of different shapes and sizes,” he says. One possible signal: markets break above a big level of resistance and then reverse back down. It’s one of many, Kee says.

Read: This is how bad commercial real-estate pain could get for banks and other lenders

Retail sales growth was the slowest in six months, while import prices dropped 0.1%. Still to come are industrial production, business inventories and a home builders index. From the Federal Reserve, Vice Chair Richard Clarida said late on Monday that the economy would likely need further monetary and fiscal support.

E-commerce retailer Amazon AMZN, +0.14% has launched an online pharmacy store, which includes discounts for Prime members. Rivals in the pharmacy arena, Walgreens WBA, -9.62% and CVS CVS, -8.62% are taking a hit on that news.

Home-improvement group Home Depot HD, -2.46% reported better-than-expected earnings and revenue. In the retail space, shares of Walmart  WMT, -2.04% are up on upbeat earnings, and Kohl’s KSS, +11.62% is down on disappointing same-store sales.

Georgia’s Secretary of State tells the Washington Post that top Republicans, including Sen. Lindsey Graham, have been pressuring him to toss out legal absentee presidential ballots. Meanwhile, the state’s vote recount has so far uncovered 2,600 uncounted ballots that were mostly for President Donald Trump.

The chief executive of Take-Two Interactive TTWO, -0.11% talks next-generation videogaming and more at Barron’s Investing in Tech on Thursday at 1 p.m. Register here.