Home
Market
Investment banking from home thrived under COVID-19, but some fear losing their touch
Prev Article Next Article
This post was originally published on this sitehttps://i-invdn-com.akamaized.net/trkd-images/LYNXMPEGBS0JE_L.jpg 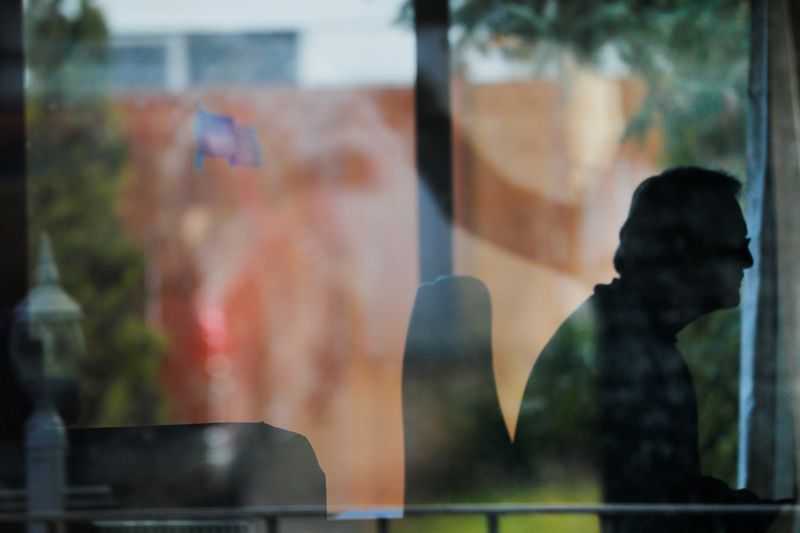 The Citigroup Inc (NYSE:C) global co-head of mergers and acquisitions, who was advising InnerWorkings on clinching a deal, had to rewrite a play-book he used for most of his 30-year career.

There would be no on-location due diligence for perspective buyers and their lenders. Tours were carried out virtually by people walking around the company’s facilities with iPads. Negotiations were done remotely.

By July, Kochman had secured a $177 million sale of InnerWorkings. The price was equivalent to where the company traded as the March lockdowns began, and a 127% premium to its market value the day before the announcement.

His bank’s investment banking revenue was up 25% year-on-year in the second and third quarters as companies took advantage of a stock market rally and cheap financing to pursue dream deals and capital raises.

While remote working has paid off handsomely, Kochman and his peers predict bankers will hit the road to meet clients again once the COVID-19 pandemic subsides.

“We are winning new business and beauty contests, but it is hard in this moment to replace an existing and trusted relationship,” Kochman said.

Reuters interviews with more than two-dozen investment bankers show that many shifts in their business brought about by the pandemic, such as remote due diligence and smaller office footprints, are here to stay even once COVID-19 vaccines have been successfully rolled out.

But they also reveal fears among some about losing their competitive edge as they pitch digitally for business, amid concerns that younger bankers are falling behind.

“The flexibility of being able to work remotely is good, but when it is safe again, young professionals have to be in the office and travel with senior bankers. That is how they learn,” said Robert Kindler, Morgan Stanley (NYSE:MS)’s global head of mergers and acquisitions.

Deals have boomed across the board for Wall Street during the pandemic, as corporate financing remained cheap and plentiful thanks to support from the Federal Reserve. Global debt issuance is up more than 30% to $10.1 trillion year-to-date.

Initial public offerings around the world are up 25% year-to-date, totaling $220 billion, and while mergers and acquisitions globally dropped 7% year-to-date, to $3.4 trillion, this is their fourth-strongest year of the last decade.

“We can now get to investors around the world in an IPO road show, which used to be seven to nine days on average, in five to seven days,” said Kim Posnett, Goldman Sachs Group Inc’s co-head of global investment banking services. She added that Goldman Sachs (NYSE:GS) executed two-thirds of mergers and acquisitions it advised on in 2020 “completely virtually.”

Many administrative functions of dealmaking will continue to be carried out remotely when the pandemic subsides, bankers say. The real estate footprint of investment banks is also set to be reduced as bankers spend more time outside the office.

“We had been thinking about taking on another floor (at our New York headquarters) as we were growing so much, from about 40 bankers to more than 100 now, but we have shelved those plans. The only people who really need to be in the office are junior bankers, as they need the training and the comradely,” said PJ Solomon LP Chief Executive Marc Cooper.

Switching to a virtual world has also taken a toll on bankers. Some complain about spending 18-hour days on back-to-back Zoom calls and still being expected to be available in the little downtime they have left.

Many bankers are itching to wine and dine clients or spend time with them on the golf course, concerned they are falling behind as executives tap banking relationships they have on speed dial.

“I think people have become more accustomed to doing M&A deals virtually, but there remains a strong desire to do some meetings in person, especially aspects of a deal that relate to delicate points of negotiation and integrating cultures,” Wah said.

Over the summer, bankers and their clients frequented golf courses and yacht clubs outside New York, and fine restaurants with outdoor seating in the city. Some donned face shields as a sign of respect.

Left behind are young investment bankers who progressed by shadowing their seasoned colleagues on client trips and in the office. Speaking on condition of anonymity because they were not allowed to speak to the media, junior bankers at several banks expressed concerns about their career opportunities if fewer of their senior colleagues end up working in person with them in the future.

Supriya Saxena, head of financing and advisory for the Americas at UniCredit, said she focuses on one-on-one virtual meetings with her less-experienced staff to make sure they are progressing.

“A number of them are completely by themselves so it has been trickier for them,” Saxena said.