Home
Stocks
: ‘You have to be smart’: Are you a first-time investor who wants a slice of GameStop’s epic ride? Read this first
Prev Article Next Article
This post was originally published on this site 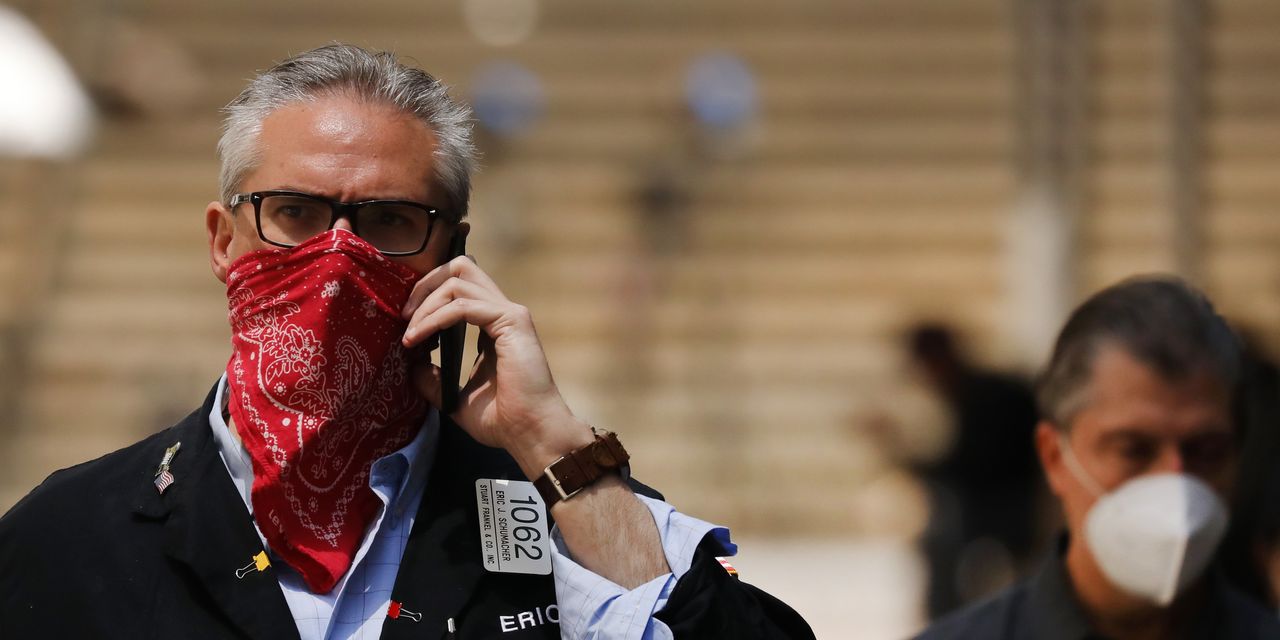 The saga unfolding surround GameStop GME, -49.56%, AMC AMC, -40.69% and other stocks has largely been driven by activity on social media.

As the frenzy has ensued, it’s attracted interest from a wide range of people, with everyone from Tesla TSLA, +2.60% CEO Elon Musk to Rep. Alexandria Ocasio-Cortez tweeting about it.

The situation has attracted interest from first-time and novice investors, with many people posting to social media about buying stock for the first time.

But trading stocks is not for the faint of heart. “All seasoned investors start as novice investors, so it’s important for everyone to start somewhere,” said Joe Sallee, managing partner and financial advisor at Bay Capital Advisors, based in Virginia Beach, Va.

“However, you have to be smart when starting out and can’t let the herd mentality or the fun emotion take over to where you risk too much of your savings on investments on trading in individual stocks,” Sallee added.

Here are five considerations first-time investors should make before getting in the market:

1. There’s more than one way to buy a stock

When people think of buying or selling a stock, they’re likely thinking of a market order. An investor tells the broker (or uses a platform) to purchase or sell a stock, whatever the price.

In this case, the price you buy or sell at might not be the last-traded price you saw. That’s because other orders could be executed before yours, pushing the price of a share higher or lower.

There are also what’s called limit orders and stop orders. With a limit order, an investor will tell their broker to execute the purchase only when the stock drops to that price or lower (or the reverse in instances where the stock is being sold rather than bought.) A stop order can only be executed at the price specified.

But there are other ways to purchase stocks, including options and short selling. “Some ways of betting on the movement of stocks are much, much riskier than others,” said Andy Baxley, a senior financial planner with The Planning Center in Chicago.

“Short selling is betting a stock will go down,” Baxley added. “Traditional short selling is where you essentially borrow a stock from some entity, you then sell that stock to somebody else.”

The hope is that the price of the stock will go down. If you short a stock by buying and selling it at $100, the hope is that it will go down to something like $50, Baxley explained. “You can repurchase the stock at $50, give it back to the person who loaned it to you and pocket the difference,” he said.

The risk, though, is that the stock will go higher and you can lose money. In essence, the risk is limitless.

With GameStop, hedge funds had bought short positions in the company. The investors from Reddit’s WallStreetBets opted to buy lots of GameStop shares to drive the price higher.

2. It’s not free to buy and sell stocks

For starters, there can be fees associated with trades. Brokerages can charge a commission when you buy or sell a stock. And even in free-free situations, like with Robinhood, investors are paying in other ways.

A company like Robinhood doesn’t actually carry out the trade itself, but routes orders to companies that do. Those companies might execute other trades faster than Robinhood, so if other brokers are offering to pay more for faster service. That lag can cost traders, and those costs can rack up the more trades you make.

And then when you do sell a stock, there are tax considerations. If you purchase and then sell a stock within a year, the profit is considered a short-term capital gain. That money is taxed as if it were typical income, with the percentage taken out ranging between 10% and 37% based on how much your annual income is.

It’s certainly possible to score a few bucks by buying and selling a stock at the right time — otherwise, there wouldn’t be people who make it their profession. But for the average retail investor, actively trading stocks is not the way to grow wealth or build a nest egg for retirement.

“Trading is different from investing and that’s different from planning,” said Scott Hammel, a certified financial planner with Apeiron Planning Partners, and advisory firm based in Dallas, Texas.

Most financial experts compare chasing a big return by buying and selling stocks to gambling in a casino. As a result, it’s a very risky approach, but can lead to large rewards in some cases.

“The risk of owning one stock is known as ‘idiosyncratic risk,’ where you are exposed to the risks of a single stock or company,” said George Gagliardi, founder of Coromandel Wealth Management in Massachusetts. “Studies have shown that you need to own at least 10 different stocks in similar amounts in order to reduce most of the idiosyncratic risk, and even better 20 or more.”

Because trading securities is so risky, it’s not an ideal way to invest money toward longer-term goals. For those goals, it’s better to put your money into something like a 401(k) or an IRA — in most cases, that money will be invested in funds.

The fund will distribute your money to a range of companies or investments, based on its structure. For instance, a fund could divvy up the money invested to the companies that make up the S&P 500.

Funds carry their own risk, but it’s different from buying and selling stocks. Here the concern is more about systemic risk. A single company’s shares falling won’t hurt fund investors too much. But if there are large movements in the market, that can have an effect.

4. Inevitably, traders will see some losses

If you’re playing the stock-trading game, it’s likely that you will at some point seal in a loss. Because of that, financial experts advise against betting the house on anything.

“A good rule of thumb for new investors is to not put more money in any one stock than they can afford to lose,” said Larry Luxenberg, founder and principal of Lexington Avenue Capital Management in New City, N.Y. Multiple advisers suggested putting no more than 10% of the money you have to invest toward buying individual stocks, and investing the rest in less risky assets like exchange-traded funds or mutual funds.

And while losses hurt, it’s important not to let that dissuade you. In the GameStop scenario, hedge funds have lost billions of dollars so far, but it’s far from certain that individual retail investors will win out. Those who cashed out when the stock hit its peak are sitting pretty, but those who got in on the action later in the saga may end up losing money.

“It’s the Joe and John Smith that put $5,000 into these accounts when there was movement,” Hammel said. “What I worry about as a financial planner is when that $5,000 goes to $20 they get turned off from investing.”

If or when you suffer a loss, run a post-mortem. Go back and see what analysts were saying about the stock at the time you bought it and how their advice changed over time. Learning from these bad bets can be useful in guiding your overall strategy in the future.

“Whether their money grows exponentially overnight or they lose it all overnight, I think those are both great lessons,” Baxley said.

5. Do you know the company?

Unlike their parents’ generation, many of today’s young investors don’t just look to investments as a way of building savings, but also as a tool for social justice.

For some who got involved in the GameStop trade that appears to be a motivating factor, with many actively aiming to “get back” at hedge funds by buying the company’s stock. Reddit co-founder Alexis Ohanian even compared the situation to the Occupy Wall Street movement.

Take the example of Tesla and an investor who wants to put their money toward eco-friendly companies. The company’s valuation has soared in recent months. If they invested a year ago they would be in a better position to turn a profit on their investment than someone who bought the stock a month ago.