Home
Market
StockBeat: Nokia's 'Jam Tomorrow' Message Is a Reality Check for Reddit Crew
Prev Article Next Article
This post was originally published on this sitehttps://i-invdn-com.akamaized.net/news/LYNXMPEB2105P_M.jpg 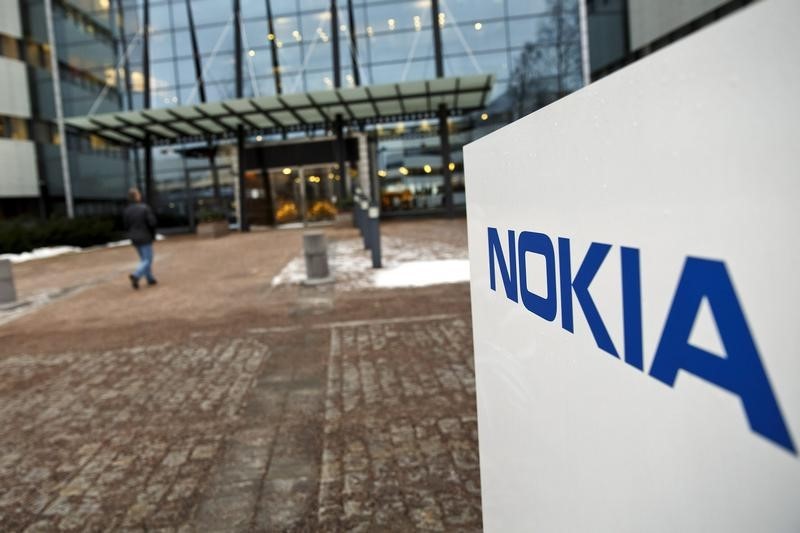 Investing.com — It might be expecting a bit too much from a Finn in the middle of a six-month winter to join in a chorus of “to the moon!!!” but the message from Nokia (NYSE:NOK) on Thursday is really not one that deserves rocket-ship emojis.

The Finnish maker of telecoms equipment, whose last hot streak was back in the 1990s, has been the highest-profile European stock among those beloved of the R/WallstreetBets crew. It’s the best performing telecom stock in Europe year-to-date, with an 18% gain, thanks to the (relatively modest) short squeeze in its American Depositary Receipts.

But its latest quarterly report makes it clear why the stock was shorted in the first place: its long-term underperformance, its failure to make the most of a merger with Alcatel-Lucent (PA:ALUA) and its subsequent loss of market share, its weak margins, and its failure to capitalize on a generational surge in investment as operators upgrade to 5G networks across the world.

Nokia has the good fortune to operate in a sector that hasn’t been negatively affected by the pandemic: quite the reverse, as shown by the explosive growth in data demand visible in Alphabet (NASDAQ:GOOGL) and Amazon (NASDAQ:AMZN) earnings earlier this week. The company reckons it lost only 200 million euros in net sales last year due to Covid-19, which was more than offset by 250 million it saved on travel and personnel expenses.

The company brought back Pekka Lundmark, a Nokia veteran who decamped briefly to power producer Fortum, as CEO last year in an effort to turn things round. But after half a year in charge, Lundmark is still saying things will get worse before they get better.

“We expect 2021 to be challenging, a year of transition, with meaningful headwinds due to market share loss and price erosion in North America,” Lundmark said in a statement.

Net sales were down 5% in the fourth quarter, and the midpoint of its new target range for revenue this year implies a further drop of over 3%.  “Competitive intensity” in the fight for market share in 5G – in the U.S. market particularly – will hit margins as well: the midpoint of the new target range for this year (7% to 10%) implies a drop of over 1 percentage point in operating margins.

Ex-President Donald Trump has already made things markedly easier for Nokia in much of the world by queering the pitch for its biggest rival, Huawei. Nokia stock ought to have something to show for that already. Instead, it is up 2.3% from a year ago, while Ericsson (BS:ERICAs) – which hit a 52-week high on the back of its competitor’s results Thursday – is up 43%. On a three-year comparison, it looks even worse, having fallen 16% while Ericsson has more than doubled.

You might expect some kind of mean reversion alone to unwind that underperformance. That seems to be the most powerful argument behind its recent rally. Lundmark did no harm to his reputation at Fortum and is well enough respected in the industry, but as far as investors are concerned, the onus really is on him to deliver the turnaround that Nokia has been promising for years. Instead, the promise is of another year of hard slog.