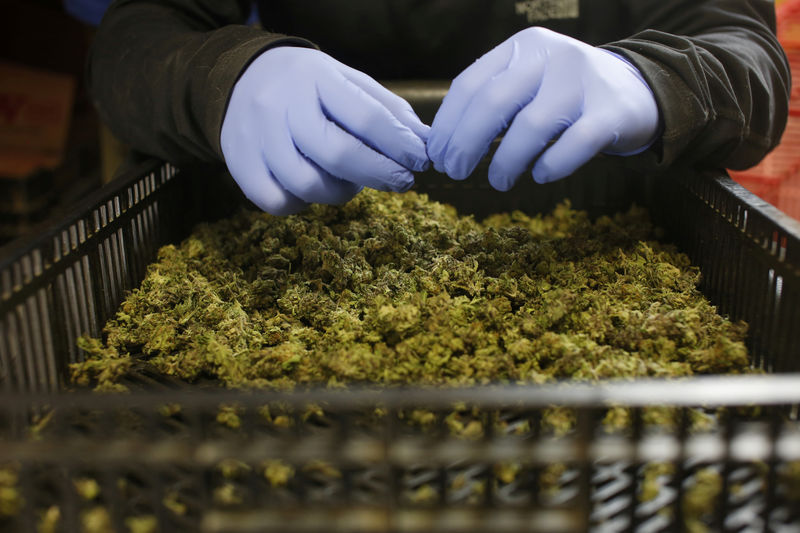 One post on WallStreetBets, the Reddit forum linked to the past month’s surges in GameStop Corp (NYSE:GME), AMC Entertainment (NYSE:AMC) and others, told users that shares of producers Tilray (NASDAQ:TLRY) Inc and Aphria (NASDAQ:APHA) Inc have more room to rise.

That post was liked by around 10,000 other users in just twelve hours and shares in the two companies jumped by 21% and 10% respectively.

U.S.-listed shares of top pot producer Canopy Growth (NASDAQ:CGC) Corp were up 3% after results on Tuesday, while the ETFMG cannabis stocks tracker, which has more than doubled in value since November’s presidential elections, gained 7.3%.

Tilray, being taken over by Aphria in a complicated reverse merger, has gained more than 400% in value since the deal was announced in December. Aphria has gained 243% over the same period.

Shares of other cannabis producers have also surged to record levels, helped by a wave of legalization in major U.S. states and the Democratic party’s promise to decriminalize the plant at the federal level.

Changes promised by some in President Joe Biden’s party could help give cannabis companies access to more traditional methods of banking and open the sector to new, institutional investors.