Home
Stocks
CityWatch: Allowed to have an audience again, New York City venues and bookers start scheduling an uncertain year
Prev Article Next Article
This post was originally published on this site 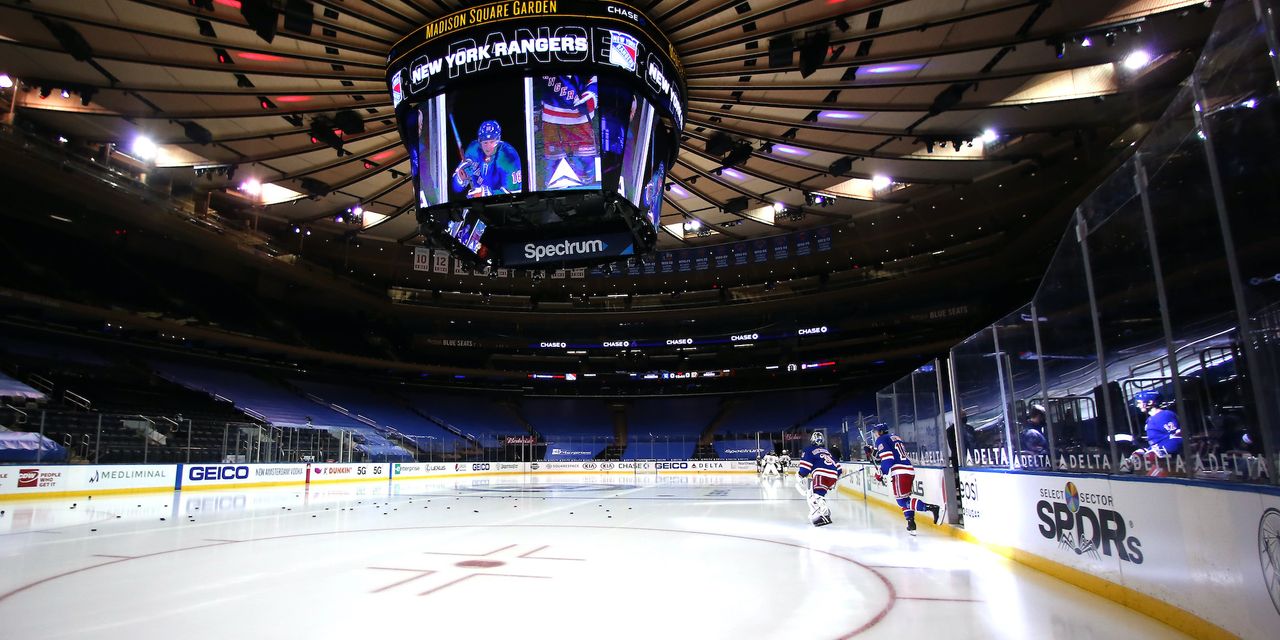 A new phase of recovery for New York has begun now that Gov. Andrew Cuomo has announced plans for the limited reopening of major stadiums and arenas that have spent nearly a year locked down and in limbo.

The Barclays Center and Madison Square Garden will both kick off the return of major events at venues with a capacity over 10,000 on Tuesday with Brooklyn Nets and Knicks games, respectively, with a slew of new safety rules, including a requirement for negative PCR tests within 72 hours of the event; mandatory masks and temperature checks; assigned, socially distanced seating; and a capacity limit of 10%. ‘“The testing is key—if you’re negative, you are negative,” Cuomo said. “This hits the balance of safe reopening.”

The announcement offered a glimpse of clarity for businesses that have been closed down since early 2020, unable to stage their usual events or make concrete plans for the future.

“It obviously has been a bit of a mess for almost a year now,” said Avery McTaggart, a partner at TBA, a talent agency with offices in New York and Los Angeles. “There are a number of factors at play, we’re juggling. There are still [concert] tours that existed in early 2020 that we have, in some cases, rescheduled three or four times, and an even larger amount of new campaigns that artists are working on.”

“Artists want and need to get back to work,” McTaggart added. (Artists have been so hard hit by a year without live shows that GoFundMe has an entire guide dedicated to fundraising tips for musicians and artists.)

While the city’s largest arenas like the Barclays Center, Madison Square Garden and Radio City Music Hall have survived, the pandemic has been financially crushing for independent theaters and venues, leading to the permanent closure of smaller but well-loved Brooklyn venues, including The Well and Kinfolk.

In January, the legendary Birdland Jazz Club in Hell’s Kitchen launched a GoFundMe in a last-ditch effort to keep its doors open.

“It was tough enough to be a live music venue before the pandemic when you had 100% occupancy and great talent booked for events,” said Andrew Rigie, executive director of the New York City Hospitality Alliance. “It’s going to be a long time before things get back to pre-pandemic operations.”

In addition to the return of events at the city’s largest venues, plans are moving forward for outdoor events later in the year. The annual Governors Ball, an outdoor festival that usually takes place in June, has announced dates for late September, though details about the lineup and other specifics have yet to be released. (A representative for Governors Ball declined to comment for this article.)

Cuomo also recently announced the launch of NY Pops Up, a series of largely outdoor performances that will not be publicly announced ahead of time and will last for around 20 minutes apiece, in the interest of preventing the potential spread of COVID-19 among large crowds.

Before Cuomo’s announcement last week, venues and bookers had already begun scheduling shows in the latter half of 2021 and into the following year, with the caveat that they could wind up getting rescheduled yet again.

“It’s been a cascading effect throughout all of this,” said Kathryn Aberlin, talent buyer for The Bowery Presents, which operates New York City venues such as Terminal 5, Music Hall of Williamsburg, and Forest Hills Stadium. “Originally we thought ‘this is all going to be gone by summer.’ Then it turned into maybe winter-spring 2021, then fall 2021. Everyone’s become pretty realistic about what it means to have a date [booked] at any time.”

Aberlin added, “No one’s going to lock anything in until we know what we actually have to do; the information we have is just the information that the public has. We’re all just trying to get through this together, and there’s been a lot of understanding and camaraderie in the business.”

More on New York City: Vaccinating New York’s most vulnerable: ‘We are relying on relationships we’ve built over the past 20 years’

Event spaces have already begun negotiating safety fees into contracts for future shows, though specific protocols have yet to be fully established and will be determined by state guidance.

“Most of the venues are adding in COVID fees of $1,000 or $1,500 to each show” as part of the total charges for artists, said Ali Hedrick, a principal with Arrival Artists, an agency with a presence in New York, Chicago and Los Angeles. “But they haven’t really determined what that’s going to look like or what those rules are yet.”

Even the limited return of shows presents its own set of logistical and financial difficulties for both artists and venues.

“My guess is we’re going to see a kind of progressive return—it’s not like one day every venue in New York is going to just open normally and have thousands of people without masks on drinking $15 beers,” McTaggart said.

“And if you usually sell 10,000 tickets times $50, 6,000 tickets [at a mandatory lowered capacity] is a lot less money,” McTaggart added. “Oftentimes deals in large rooms require a significant portion of tickets to be sold just to cover the cost of operating the venue. If you’re cutting down that capacity, that’s going to have a significant impact on an artist’s income and could get to a point where it makes the show itself barely viable.”

The issue could be compounded for foreign artists who face higher travel expenses and potential visa complications or COVID-related travel restrictions, Aberlin added.

In addition to smaller, socially distanced shows, the city’s concertgoers will be returning to a changed industry landscape. “All of the venues have laid off a majority of their staff, and a lot of smaller venues have closed,” Hedrick said. “So there are going to be fewer venues, and a lot of competition. It’s going to be tough.”

The ongoing vaccine rollout, falling infection rates and the announcement of reopening plans have all been cause for tentative optimism, however, and like clockwork, schedules of major venues are starting to fill back up. At Madison Square Garden, for instance, Harry Styles tour dates originally scheduled for July 2020 are now on the calendar for October 2021. At the Beacon Theatre, Ringo Starr shows have been moved directly from June 2020 into June 2021.

“The music industry is so resilient,” Hedrick said. “You can put up a show with one day’s notice, get it on sale and scheduled for two weeks out. I think that once the timing is right and the ‘go’ button is pushed, you’re going to see a flood of shows all at the same time.”