Home
Market
Exclusive: Forward Health valued at over $1 billion in latest funding from SoftBank, others – source
Prev Article Next Article
This post was originally published on this sitehttps://i-invdn-com.akamaized.net/news/LYNXNPEC0E0NG_M.jpg 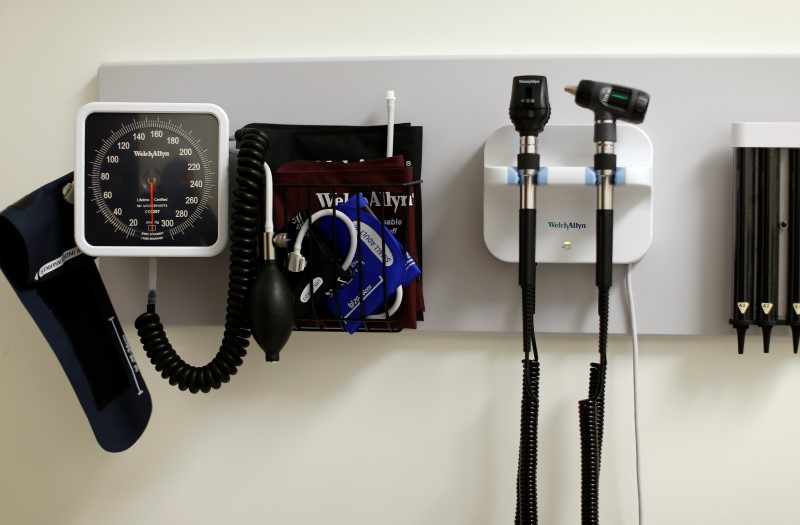 (Reuters) – Forward Health has raised $225 million from investors led by SoftBank Vision Fund 2 and Peter Thiel’s Founders Fund, in a late-stage funding round that values the healthcare startup at more than $1 billion.

Forward uses biometric body scans, genetic testing and blood tests to assess what diseases a patient is likely to develop later in life and then uses that information to set customers up with health plans to help prevent those diseases.

For instance, if tests show a person is at higher risk of developing heart disease, Forward Health will offer a custom-tailored program that the patient and doctor can use to help prevent specific heart diseases.

Forward did not comment on its valuation, but according to a person familiar with the matter, the latest round will make it a so-called “unicorn” – implying a valuation of $1 billion or more.

By providing predictive and preventive primary care services, Forward is among a slew of healthcare tech ventures that have benefited from the COVID-19 pandemic, which has resulted in sky-high demand for remote health services.

“The pandemic is spurring people to care about their health in a way that you just hadn’t seen before. And then it’s incumbent upon us to meet people where they are,” Forward’s founder and CEO Adrian Aoun told Reuters.

According to Aoun, who co-founded the firm and launched it in 2016, the idea for the startup came after his brother suffered a heart attack.

The firm has operations in 11 U.S. cities including New York, Chicago and Miami, according to its website. It also offers a mobile app to monitor COVID-19 symptoms at home.

Prior to this round, Forward raised about $164 million in funding and was valued at $453 million during its last financing round in February 2019, according to data platform PitchBook.

Forward said it plans to use the fresh funds to reach more cities in the United States as well as introduce new programs focused on heart health, cancer detection, COVID-19, stress, anxiety and weight management.

“I had looked at dozens of what I call digital health or technology-enabled new healthcare companies and Foward really stood out, largely because of their underlying technology and long term vision,” said Jeff Housenbold, Managing Partner at SoftBank’s Vision Fund.