Home
Stocks
The Conversation: After all the drama over absentee ballot deadlines in 2020, here’s how many voters were actually affected
Prev Article Next Article
This post was originally published on this site 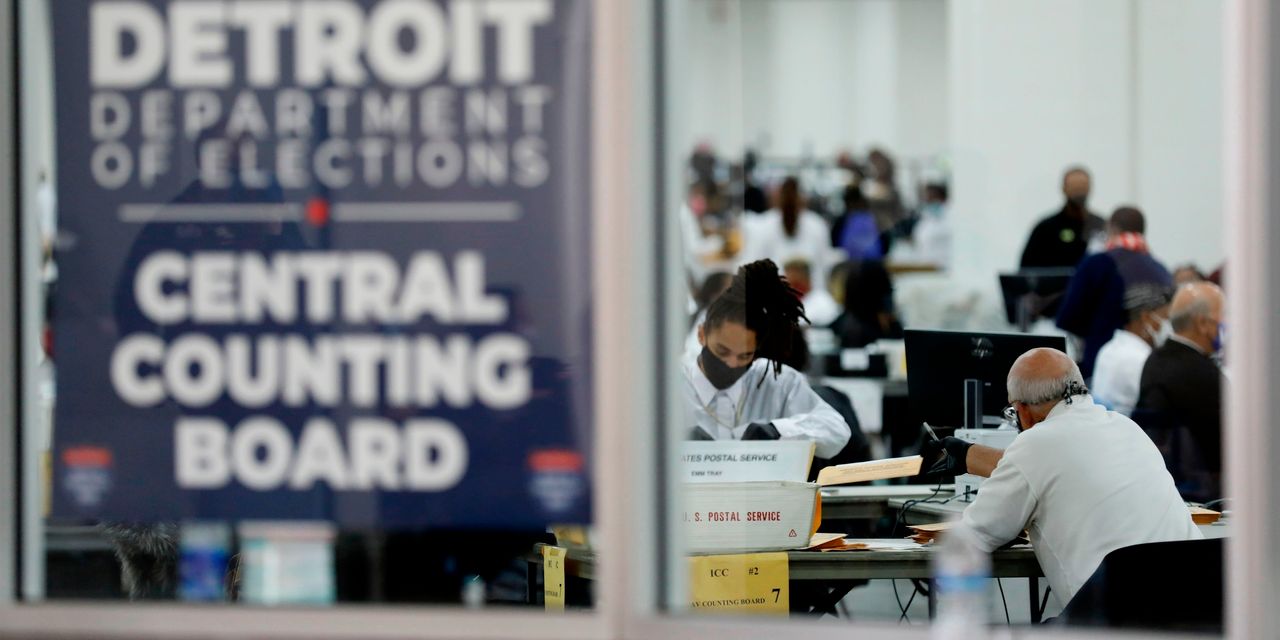 One of the most heavily contested voting-policy issues in the 2020 election, in both the courts and the political arena, was the deadline for returning absentee ballots.

Going into the election, the policy in a majority of states was that ballots had to be received by election night to be valid. Lawsuits seeking an extension of these deadlines were brought around the country for two reasons: First, because of the pandemic, the fall election would see a massive surge in absentee ballots; and second, there were concerns about the competence and integrity of the U.S. Postal Service, particularly after President Trump appointed a major GOP donor as the new postmaster general.

The issue produced the Supreme Court’s most controversial decision during the general election, which prohibited federal courts from extending the ballot-receipt deadlines in state election codes. Now that the data are available, a post-election audit provides perspective on what the actual effects of these deadlines turned out to be.

Perhaps surprisingly, the number of ballots that came in too late to be valid was extremely small, regardless of what deadline states used, or how much that deadline shifted back and forth in the months before the election. The numbers were nowhere close to the number of votes that could have changed the outcome of any significant race.

Take Wisconsin and Minnesota, two important states that were the site of two major court controversies over these issues. In both, voters might be predicted to be the most confused about the deadline for returning absentee ballots, because those deadlines kept changing.

In Wisconsin, state law required absentee ballots to be returned by Election Night. The federal district court ordered that deadline extended by six days. But the Supreme Court, in a 5-3 decision, blocked the district’s court order and required the deadline in the state’s election code to be respected.

Writing for the three dissenters, Justice Elena Kagan invoked the district court’s prediction that as many as 100,000 voters would lose their right to vote, through no fault of their own, as a result of the majority’s ruling that the normal state-law deadline had to be followed.

Commentators called this a “disastrous ruling” that “would likely disenfranchise tens of thousands” of voters in this key state.

The post-election audit now provides perspective on this controversy that sharply divided the court. Ultimately, only 1,045 absentee ballots were rejected in Wisconsin for failing to meet the Election Night deadline. That amounts to 0.05% ballots out of 1,969,274 valid absentee votes cast, or 0.03% of the total vote in Wisconsin.

If we put this in partisan terms and take Biden as having won roughly 70% of the absentee vote nationwide, that means he would have added 418 more votes to his margin of victory had these late-arriving ballots been valid.

The fight over ballot deadlines in Minnesota was even more convoluted. If voters were going to be confused anywhere about these deadlines, with lots of ballots coming in too late as a result, it might have been expected to be here.

State law required valid ballots to be returned by Election Night, but as a result of litigation challenging that deadline, the secretary of state had agreed in early August that ballots would be valid if they were received up to seven days later.

But a mere five days before the election, a federal court pulled the rug out from under Minnesota voters. On Oct. 29, it held that Minnesota’s secretary of state had violated the federal Constitution and had no power to extend the deadline. The original Election Night deadline thus snapped back into effect at the very last minute.

Even though voting-rights plaintiffs lost their battles close to Election Day in both Wisconsin and Minnesota, with the deadlines shifting back and forth, only a tiny number of ballots arrived too late.

What happened in states that had a consistent policy throughout the run-up to the election that required ballots to be returned by Election Night?

Among battleground states, Michigan provides an example. Only 3,328 ballots arrived after Election Day, too late to be counted, which was 0.09% of the total votes cast there.

Finally, Pennsylvania and North Carolina were two states in which litigation did succeed in generating decisions that overrode the state election code and pushed ballot-receipt deadlines back – in Pennsylvania by three days, in North Carolina by six days.

These decisions provoked intense political firestorms in some quarters, particularly regarding Pennsylvania. The Pennsylvania Supreme Court’s three-day extension of the deadline became the primary justification that some Republican senators and representatives offered on Jan. 6 for objecting to counting the state’s Electoral College votes.

How many voters took advantage of these extended deadlines? In North Carolina, according to information that the state Board of Elections provided to me, 2,484 ballots came in during the additional six days after Election Day that the judicial consent decree added. That comes to 0.04% of the total valid votes cast in the state.

In Pennsylvania, about 10,000 ballots came in during the extended deadline window, out of the 2,637,065 valid absentee ballots. That’s 0.14% of the total votes cast there. These 10,000 ballots were not counted in the state’s certified vote total, but had they been, Biden would likely have added around 5,000 votes to his margin of victory, given that he won about 75% of the state’s absentee vote.

These are not the numbers of ballots, of course, that would have come in late had the courts refused to extend the deadline in these two states. They show the maximum number that arrived after Election Day when voters had every right to return their ballots this late. Even so, those numbers are still far lower than the 100,000 that had been predicted in Wisconsin.

The small number of absentee ballots that came in after the legal deadlines occurred despite a massive surge in absentee voting in nearly all states. What explains that?

Voters were highly engaged, as the turnout rate showed. They were particularly attuned to the risk of delays in the mail from seeing this problem occur in the primaries. Throughout the weeks before the election, voters were consistently returning absentee ballots at higher rates than in previous elections.

The communications efforts of the Biden campaign and the state Democratic parties, whose voters cast most of these absentee votes, got the message across about these state deadlines. Election officials did a good job of communicating these deadlines to voters. In some states, drop boxes that permitted absentee ballots to be returned without using the mail might have helped minimize the number of late-arriving ballots, though we don’t have any empirical analysis on that.

In a highly mobilized electorate, it turns out that the specific ballot-return deadlines, and whether they shifted even late in the day, did not lead to large numbers of ballots coming in too late.

That’s a tribute to voters, election officials, grassroots groups – and to the campaigns.

Richard Pildes is a professor of constitutional law at New York University. This was first published by The Conversation — “There’s a surprising ending to all the 2020 election conflicts over absentee ballot deadlines“