Home
Stocks
Cryptos: What is ‘Doge Day’? A push to drive dogecoin to the moon
Prev Article Next Article
This post was originally published on this site 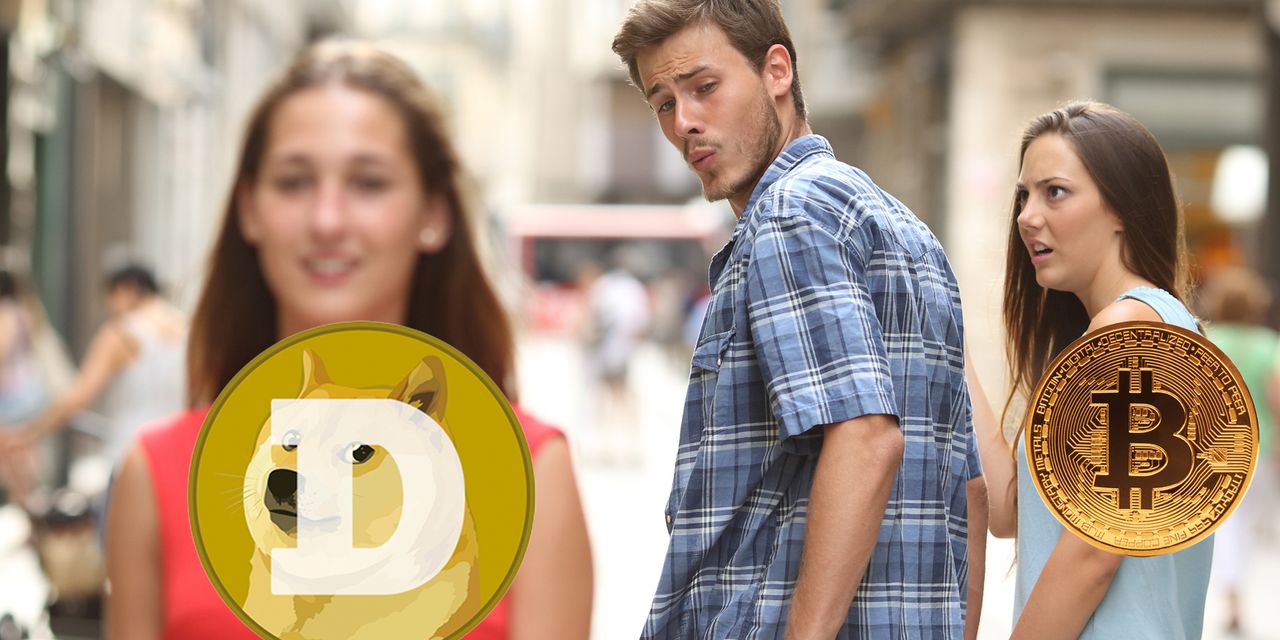 It’s the day of the doge. At least, that’s how proponents of dogecoin have deemed April 20.

Staunch supporters of dogecoin
DOGEUSD,
,
which was created as a parody coin, a lighthearted rival to bitcoin, are aiming to push the value of the surging crypto to $1 on Tuesday, which has come to be known as “Doge day.”

Read: The cryptocurrency dogecoin began as a joke, and now it’s worth more than Ford

It isn’t lost on the supporters of dogecoin that April 20 is the national holiday for marijuana fans. The number 420 had become popular at Grateful Dead concerts after a group of high-school students and now dogecoin fanatics have adopted the day for the virtual currency that has skyrocketed in value on the back of retail investor enthusiasm for the asset that is seen as having a limited utility compared to bitcoin
BTCUSD,

Dogecoin’s recent rise has been on the back of individual investors gathering on social media platforms like Reddit and Discord as well as Twitter to support and propel its price to record heights.

Dogecoin has rocketed more than 8,038% so far this year, CoinDesk data show, briefly hitting a 24-hour high at around 42 cents and taking its market value near $50 billion, minting a number of millionaires on paper. By comparison, gold futures
GC00,

are down over 6% so far this year, the Dow Jones Industrial Average
DJIA,

These eye-popping gains aren’t satisfying the most dyed-in-the-wool supporters of the crypto. On Reddit’s popular SatoshiStreetBets chat forum, some have been expressing a desire to push dogecoins value to $1, when it was just 9 cents just a week ago.

Dogecoin fans on social media are using hashtags #DogeDay and #Doge420 to promote the day for the crypto, the New York Times reports.

listed on the Nasdaq last week, an event which was viewed as further affirmation of the emergence of digital assets.

Doge’s rally got started on the back of a series of bullish, albeit sometimes cryptic tweets from Tesla Inc.
TSLA,

A number of celebrities including, Calvin Broadus, otherwise known as Snoop Dogg, and Gene Simmons of the rock band Kiss joined Musk—as well as billionaire investor Mark Cuban—have been tweeting about investing in dogecoin.

However, crypto experts have warned that dogecoin, pronounced “dōj-coin” and commonly associated with a popular meme featuring a shiba inu dog, has limited utility compared with other decentralized cryptographic assets, including bitcoin.