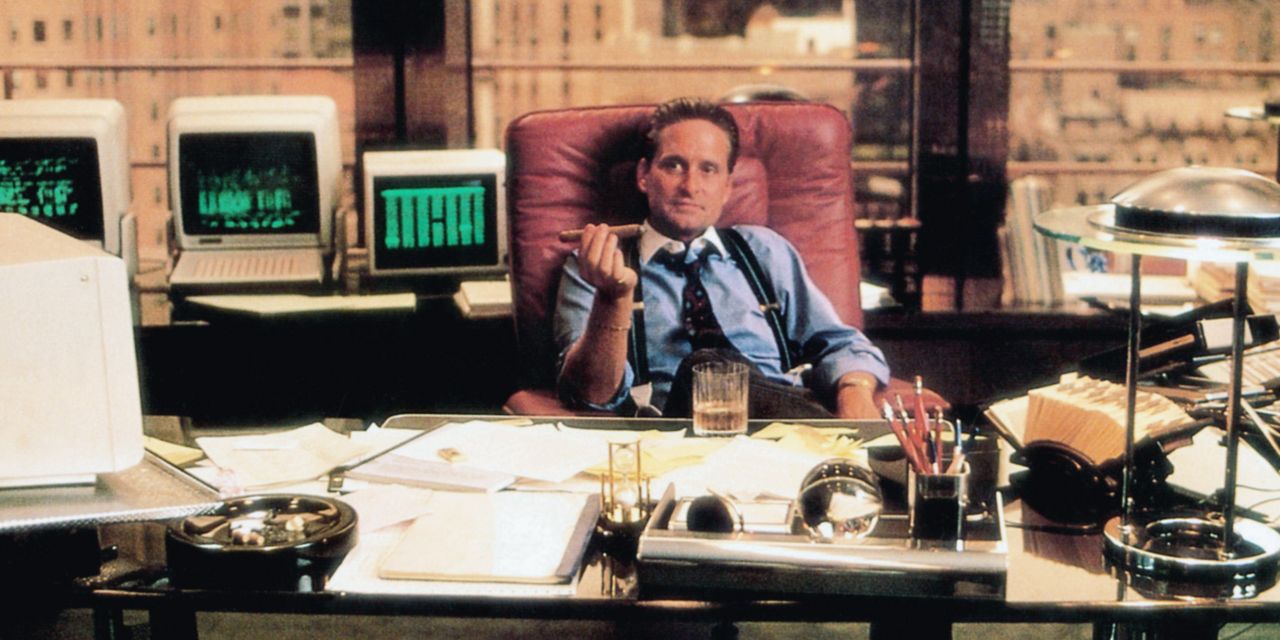 Well, it looks like my dream of retiring early and rich on the backs of the crypto mania is going up in virtual smoke.

I am shocked, shocked, that the governments of the world’s two biggest economies are cracking down on a financial product tailor-made for money laundering, tax evasion and crime.

(The offshore mafia that hijacked the Colonial pipeline, causing so much chaos and misery across the Southeast, used bitcoin
BTCUSD,

to collect their $4.4 million ransom. But why, why, is the U.S. government tightening regulations on cryptocurrency money transfers?)

But here’s the good news. My NFT billions may be vanishing, but I have a new retirement plan and it’s even better.

I’m just going to bet my 401(k) and IRA every year against the thundering herd that manages the world’s big pension funds. I’m going to invest in what they hate and avoid what they love.

I don’t need to do all that fancy analysis, discounted cash flow, Gordon Growth Models and all the rest of it. Just look at what these guys don’t want and buy that.

OK, so I’m being facetious.

But into my inbox comes the latest survey of these Big Money Honchos, conducted by BofA Securities (it’s the old Merrill Lynch Fund Manager Survey)
BAC,
.
BofA talked to the investment chiefs at about 200 institutions, with a total of nearly $600 billion in assets under management.

Apparently these people have suddenly, this month, discovered the appeal of investing in the London stock market, global energy stocks, and global consumer staples stocks.

Among their most hated assets at the start of this year? Er…the London stock market, global energy stocks, and—anyone? Anyone? Yep! — global consumer staples stocks.

You can’t make this stuff up.

Every month, the survey tracks fund manager opinion on what it considers the “big five” global equity markets: The U.S. (of course), Japan, Continental Europe, Emerging Markets, and the United Kingdom—which is a much bigger financial market than its purely domestic economy would merit, and is home to a large number of gigantic multinationals.

At the start of this year London was far and away the most unloved of the five among money managers. They’d rather have sucked a lemon than buy UK-listed stocks.

And so…the UK market has been by far the best investment of the five so far this year. The iShares MSCI United Kingdom
EWU,

Then there are the energy stocks, which big money managers wouldn’t touch in January with a 10-foot pole.

Actually, if you’d invested equally in the seven most hated assets at the start of the year, including cash and bonds, you’d have made just under 10% so far in 2021. That’s nearly twice the return on the Vanguard Balanced Index Fund
VBINX,

This isn’t sheer coincidence. These people handle the big money, they move the market, and they tend to think alike. So any assets they are currently avoiding has a good chance of being underpriced. And anything they have already bought up has a good chance of being overpriced. I’ve been following this monthly survey for over 20 years, and these things have happened plenty of times before. (A perfect example: I remember at the start of 2016 writing that these guys just lurved European and Japanese stocks, and hated emerging markets and natural resource stocks. Naturally, the things you wanted to own in 2016 were emerging markets, which rose 12%, and natural resource stocks, which rose more than 30%. As for Japan and Europe, they ended the year up less than 3% each.)

Today, reports Bank of America, these people are plunging into real-estate investment trusts, energy stocks and consumer staples—three of the seven assets they hated most at the start of the year.

And they currently have their biggest relative bets on commodities, natural resource and energy stocks, banking stocks, European (Eurozone) stocks and emerging markets. But they are still cool on the UK and Japan. They are staggeringly underweight utility stocks.

So excuse me while I go invest in the UK, Japan, and the Utilities Select Sector SPDR ETF
XLU,
.
Palm Beach, here I come!