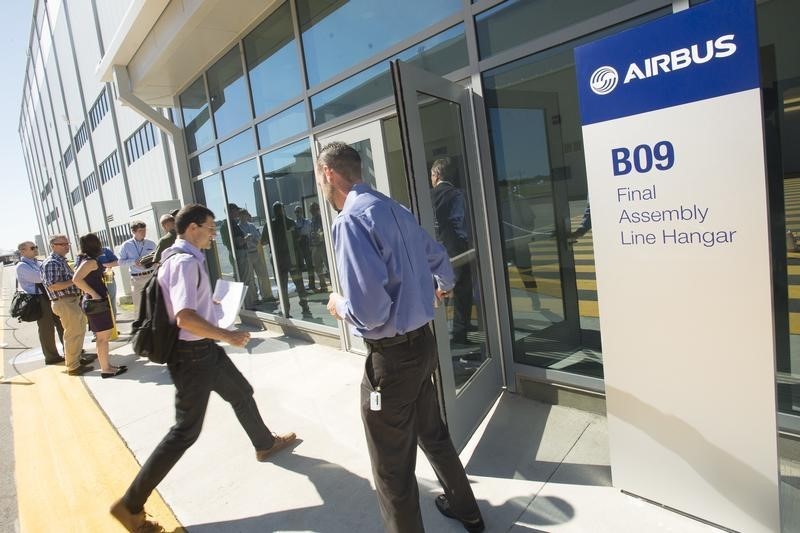 ST PETERSBURG, Russia (Reuters) – Airbus faces “industrial repercussions” if it fails to resolve a dispute that has driven a wedge between the European planemaker and major customer Qatar Airways, the airline’s chief executive told Reuters on Thursday.

“(Airbus) need to get real and they need to know that this problem will create industrial repercussions for them,” Al Baker told Reuters in an interview.

“The ball is in their court to fix the problem we have with them, and it is up to them to resolve this as soon as possible before things can get a bit out of hand,” Al Baker added.

He declined to give specifics, but denied a Reuters report that the dispute concerned A350 paintwork.

“I think now is a time for the Airbus board to get involved and look at what is going on,” Al Baker said.

An Airbus spokesman said the planemaker regularly held talks with its customers and that these remained confidential.

Al Baker was speaking on the sidelines of the St Petersburg International Economic Forum, chaired by President Vladimir Putin, where a large Qatari delegation is present this year.

The Gulf airline official is among the most influential and outspoken in the aviation industry and has periodically lashed out at Airbus or Boeing (NYSE:BA) for delays or quality lapses.

The airline says its exacting standards reflect its premium brand, though aerospace executives have accused it of seizing on such details in the past to delay taking deliveries or gain leverage in other negotiations, a suggestion it has denied.

Earlier this week, industry sources told Reuters Qatar Airways and Airbus had clashed over A350 paintwork.

A separate source later said Qatar Airways had complained that paint was peeling off the carbon-fibre A350, Airbus’ state-of-the-art wide-body jet of which Qatar is the biggest customer.

Another cited the technical quality of fresh livery painted on to existing Qatar Airways A350s ahead of the 2022 World Cup.

“This is not a paint issue,” Al Baker said on Thursday.

As of the end of April, Qatar Airways had 73 planes on order from Airbus that had yet to be delivered, including 23 A350s.

On Monday, Al Baker was quoted by Bloomberg as saying Qatar Airways would refuse to take new aircraft from Airbus unless the dispute was resolved.