Home
Stocks
The Margin: Jeff Bezos in space: Where is he going, and who else will be onboard the New Shepard?
Prev Article Next Article
This post was originally published on this site 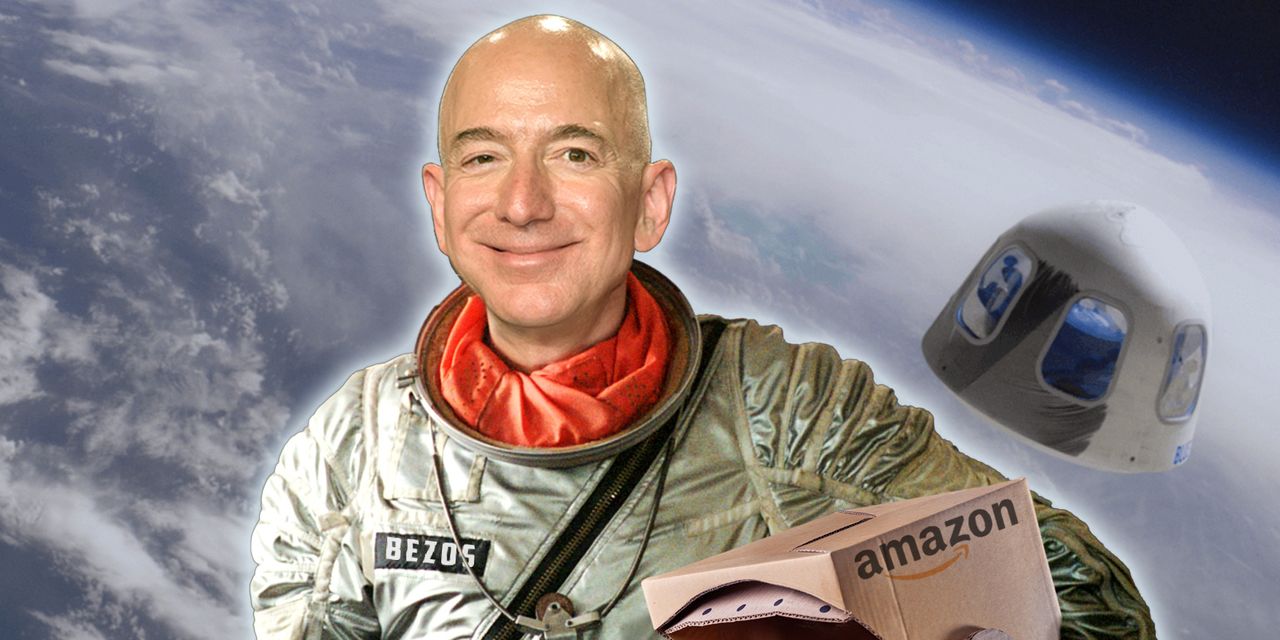 After stepping down as Amazon’s CEO in early July, Jeff Bezos is giving himself some space.

Or, rather, blasting off to the edge of it.

Bezos, 57, will be one of the first-ever passengers on his Blue Origin space-travel company’s New Shepard spacecraft. The Amazon
AMZN,

founder announced in an Instagram video on Monday that he and his brother, Mark Bezos, will be members of the inaugural crew on New Shepard’s first manned flight when it launches from West Texas on July 20.

“I want to go on this flight because it’s the thing I’ve wanted to do all my life,” Mr. Bezos said in the video post. “It’s an adventure. It’s a big deal for me.”

The Bezos brothers will be among the six passengers flying on the New Shepard’s first human flight next month. The aspiring astronauts also include the winner of charity auction in progress that has drawn almost 6,000 participants.

But are they really going into outer space? How long will the flight last? And how much does it cost to take an interplanetary joy ride? Here are the answers to some questions readers may have about the New Shepard’s first crewed space launch.

Where is the New Shepard crew going exactly?

Blue Origin’s suborbital sightseeing flight is scheduled to lift off from a West Texas launchpad near the town of Van Horn on July 20 — on the day which also marks the 52nd anniversary of the Apollo 11 moon landing. The New Shepard’s passenger capsule will detach from the booster rocket and fly briefly above the Kármán Line, aka the internationally recognized boundary of space more than 62 miles above the Earth, before descending and re-entering the Earth’s atmosphere. At the apex (aka highest point) of the flight, the passengers will experience weightlessness and be able to see the curvature of the Earth from their windows. The entire trip, from launch to landing, is expected to last around 11 minutes.

Who gets to be on board the first manned New Shepard launch with the richest person in the world?

Only six people will be onboard the first crewed flight, and most remain unidentified. The passenger list includes Bezos and his brother so far, as well as the to-be-determined winner of the online charity auction set to wrap on June 12. Blue Origin hasn’t announced who will be filling the three remaining seats just yet.

So what’s the latest news on the Blue Origin bidding war for a trip to space?

The three-part online auction is currently in its second phase. After aspiring astronauts competed in a sealed online pre-bidding war from May 5-19, the bids became visible on May 20. Now the almost 6,000 participants must top the highest one to win, and the bidding had reached $2.8 million as of Monday morning. The contest will culminate on June 12 with a live online auction to determine the winner. And the money raised will be donated to Blue Origin’s Club for the Future foundation, which is intended to inspire future generations to pursue careers in STEM and space exploration.

Are there other space tourism companies selling tickets to space?

Yes — in fact, the space tourism race has been heating up. Richard Branson’s Virgin Galactic SPCE, 4.91% successfully completed its first suborbital manned space flight on May 22, launching pilots Dave Mackay and CJ Sturckow more than 55 miles above the Earth. Virgin Galactic plans to launch its tourist flights next year, and its space plane can also carry six passengers. And Tesla TSLA, -2.09% CEO Elon Musk’s SpaceX plans to launch its first all-civilian flight into Earth’s orbit in September, which will include a billionaire and a few sweepstakes winners. That is expected to be followed in January 2022 by a flight sending three businessmen to the International Space Station.

How much does it cost for a space tourist to get onto one of these launches?

So, the prices for a seat on one of these commercial flights to the edges of space are looking pretty astronomical. After all, the bidding for a seat on the New Shepard is pushing $3 million at the moment, and  Blue Origin noted on its frequently-asked-questions page that anyone wishing to bid more than $50,000 for its charity auction would need to undergo a verification process and put down a refundable $10,000 deposit, if that gives you any idea of how high they were expecting these bids to fly. What’s more, a 2018 Reuters report noted that Blue Origin was planning to charge passengers at least $200,000 each, once its civilian trips to space took flight.

Virgin Galactic has said that it will charge $250,000 for its reservations, the Associated Press reported, although it has not announced final pricing.

And the U.S., Canadian and Israeli entrepreneurs scheduled to fly in that 1½-weeklong SpaceX mission to the International Space Station early next year are reportedly paying $55 million apiece for the privilege.