Home
Market
S&P 500 Falls as Hawkish Fed Talk Heats Up
Prev Article Next Article
This post was originally published on this sitehttps://i-invdn-com.investing.com/news/LYNXMPEA7L0KN_M.jpg 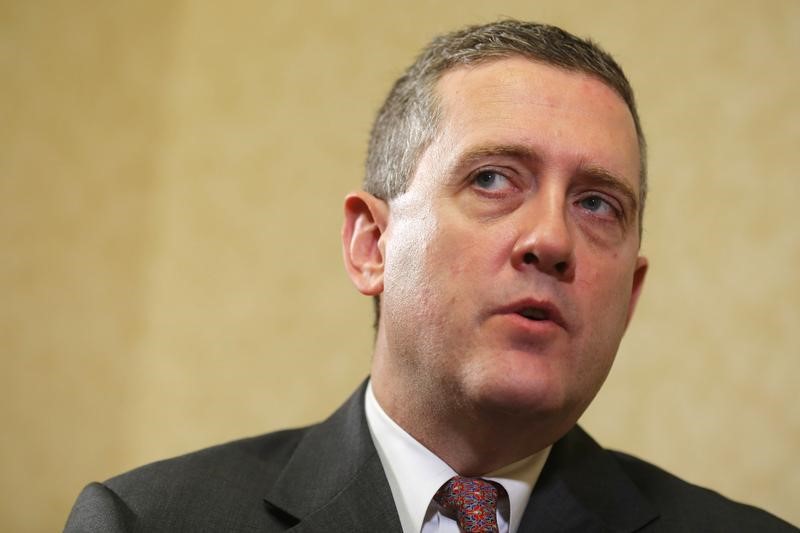 Bullard, a non-voting Fed member, said he expected the first rate hike by the end of the 2022, earlier than the Fed’s current projections, which indicate lift off to occur in 2023.

“To me, that would meet our new framework where we said we’re going to allow inflation to run above target for some time, and from there we could bring inflation down to 2% over the subsequent horizon,” he added.

The Fed will start to drain the well of liquidity before lifting rates, however, with some on Wall Street betting that the central bank could begin to taper its monthly bond purchases by year-end.

The week ahead promises to deliver yet more talk from the Fed on tapering and inflation as several Fed members are slated to speak.

The hawkish talk from the Federal Reserve hasn’t spooked the bond prices as yields, or rates, slipped.

The slip in rates took some by surprise, but it likely signals that the bond market is backing the Fed’s call that inflation will be transitory.

The move in bond yields is “more likely the bond market is buying into the Fed’s notion of inflation-dismissal rhetoric; the Fed has been clear it expects the recent bout of inflation to prove temporary, and as we move to the end of the year and into 2022, price pressures will expectedly ease,” Stifel Economics said in note.

Tech, usually a fan of falling rates, failed to take advantage of the move lower in rates, though did fare better than the overall market down about 0.6%.

Google-parent Alphabet (NASDAQ:GOOGL) slipped 0.9%, Microsoft (NASDAQ:MSFT) was flat, Apple (NASDAQ:AAPL) was down 0.6% Amazon.com (NASDAQ:AMZN) was up 0.3% and Facebook (NASDAQ:FB) fell 1%.

Energy stocks, meanwhile, are set for second-weekly loss, falling more than 1% even as the oil prices remained firm.

In other news, Smith & Wesson Brands (NASDAQ:SWBI) jumped more than 16% after hiking its dividend by 60% and approving a $50 million stock buyback following better-than-expected quarterly results.