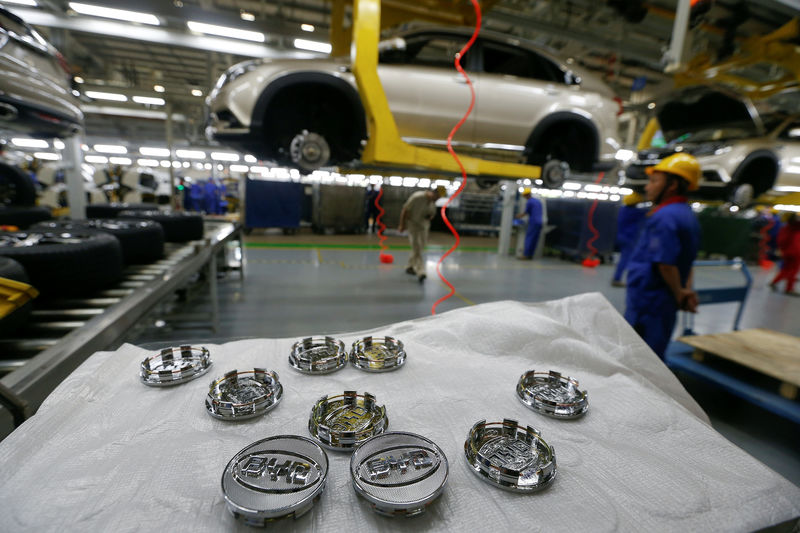 Converting transit buses to battery or fuel-cell power is considered one of the fastest ways to reduce greenhouse gas emissions from the transportation sector, which at 29% accounts for the largest share of U.S. emissions.

But BYD, a unit of China-based BYD Co (OTC:BYDDF) Ltd, is ineligible for billions of dollars expected to flow out of Washington in coming months to electrify bus fleets, due to a 2019 law written with the company in mind.

BYD North America spokesman Frank Girardot said BYD is going to fight the decision because it does not receive state funding through its Chinese parent company. “Locking us out of the lucrative transit market is a bad thing for the American consumer, taxpayer and worker,” Girardot said.

Taking out one of the two main players in the electric bus sector, even with other rivals expected to ramp up production, means Biden will be hard-pressed to quickly electrify the nation’s bus fleet, endangering a key piece of the president’s climate agenda, transportation experts warn.

“It’s very difficult with the current manufacturing infrastructure in this country and with BYD out of the process, to imagine getting this large fleet changeover anytime soon,” said Jeff Davis, a senior fellow with the Eno Center for Transportation, which tracks federal transit funding and policy.

The ban also threatens one of the few examples of unionized labor in the green economy, a pillar of Biden’s economic agenda, and marks the latest test in the strained relationship between the U.S. government and companies with ties to China.

A White House official expressed confidence the country can ramp up production, saying a combination of robust federal funding for zero-emissions buses paired with support to vehicle and battery manufacturers would “build sufficient domestic capacity to support an accelerated transition to EV buses.”

Biden and a group of bipartisan lawmakers have agreed to spend an unprecedented $7.5 billion to replace some 50,000 diesel buses – or roughly 70% of the U.S. transit fleet – with electric buses over the next eight years, as the administration aims to cut U.S. emissions in half by 2030.

BYD North America mainly competes in the U.S. electric bus market with California-based Proterra Inc. They have each sold about 1,000 electric buses in the United States to date. And Proterra plans to build a domestic cell- manufacturing facility over the next few years. For a FACTBOX of other players in the sector, click

Other busmakers are expected to help fill the gap over time, including U.S.-based GILLIG, Canadian NFI Group Inc’s New Flyer unit, and Canada-based Novabus, a Volvo subsidiary, according to Dan Raudebaugh, executive director of the Center for Transportation and the Environment.

But they all lag behind BYD in current e-bus production capacity.

Chinese companies have production capacity for a host of other environment-friendly essential items, such as microchips, solar panels and batteries that the United States lacks. As lawmakers seek “Build America” provisions in multitrillion-dollar infrastructure spending bills working through Congress, the issue of Chinese ownership could come up often.

BYD’s parent is traded in Hong Kong and Shenzhen. The company says 60% of its stock is owned by U.S. investors. Warren Buffett claimed an 8.2% stake https://berkshirehathaway.com/letters/2020ltr.pdf in his last annual letter.

But after a 2019 congressional report detailed how BYD has benefited from Chinese state-owned investment funds and state subsidies to build battery cells plants that are part of the company’s supply chain, it and Chinese rail company CRRC were targeted in an amendment to the National Defense Authorization Act.

Starting in 2022, federal dollars cannot be used to purchase passenger rail cars or buses from state-owned or state-controlled enterprises, the amendment says.

“China has poured more than $10 billion into the electric vehicle battery industry since 2012, equating to a subsidy of around $10,000 per electric car, and higher for electric buses,” the report said.

BYD North America denies the report and says that, as a separate business unit, it does not receive direct Chinese subsidies, which are instead provided to companies doing business in China.

While Democrats and Republicans agree on little, they have come together on bills targeting China and seeking to limit the country’s economic influence.

Last month, when Democratic Representative Pete DeFazio, the chairman of the House Transportation Committee, took to the house floor to tout the importance of an infrastructure bill and used some of his time to attack BYD without mentioning them by name.

BYD PLANS TO FIGHT BACK

BYD and its North America management are touting its pro-union status as it prepares to fight to be excluded from the amendment.

It has hired a high-profile lobbying firm, Capital Counsel, with close ties to Democrats and Biden to help convince lawmakers and the White House to make changes to the 2019 law, according to federal lobbying records.

Robert Diamond, who ran Biden’s New York presidential campaign, and Lyndon Boozer, who has deep relationships to House Democrats, are working on behalf of BYD, records show. The firm was paid $50,000 in the first quarter.

BYD has also hired law firm O’Melveny & Myers to address lawmakers’ concerns and write a report arguing it is not the type of Chinese state-owned entity contemplated by the 2019 law.

“There’s all this talk about China stealing jobs, but (BYD) is creating jobs, they’re offering people careers. People have successful lives, some are buying houses now, the whole community has benefited,” said Willy Solorzano, organizer with the local chapter of the Sheet Metal Workers union. The average unionized BYD worker makes $20 an hour, he noted.

“It takes the most competitive provider out of the market, which creates a collusive environment for the other remaining players to raise the price,” said Macy Neshati, CEO of Antelope Valley Transit Authority, which serves the Los Angeles county area and has converted almost its entire bus fleet of around 85 buses to battery-powered BYDs.