Home
Stocks
: ‘Don’t expect an optimistic picture’: The most influential U.N. climate report in nearly a decade hits Monday
Prev Article Next Article
This post was originally published on this site 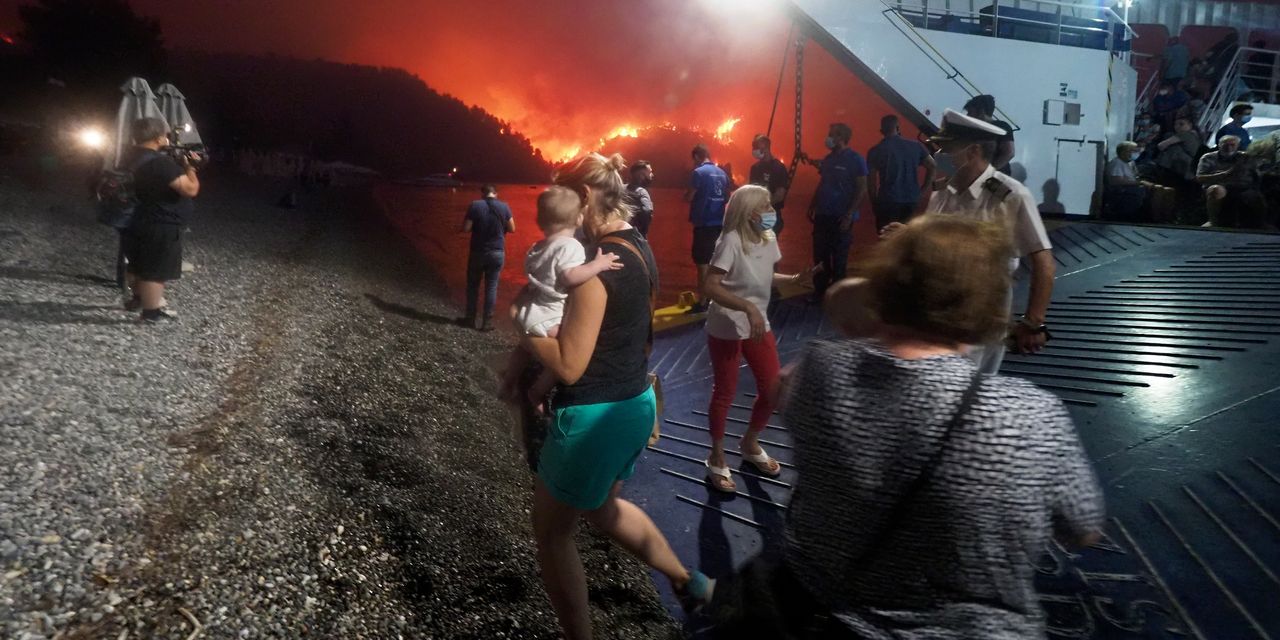 The United Nations on Monday is set to release arguably the most high stakes and comprehensive assessment of global warming in some time, including estimates showing how continued greenhouse gas emissions will increase Earth’s sea levels and drive more frequent extreme weather.

“It’s a big deal. The report is used by governments and industries everywhere to understand the threats ahead,” said Stephanie Spera, assistant professor of geography and the environment at the University of Richmond, in a commentary.

The report could have implications for President Joe Biden’s climate-focused policy agenda for infrastructure investment, electric vehicles and “green” jobs, an agenda that has lost some of teeth in bipartisan negotiations with a narrowly divided Congress but could emerge again. And the U.N. report could influence commodity markets and the expanding market for environmental ETFs and more.

And: This tool helps measure how climate friendly your 401(k) is — and dings Amazon.com for its fund offerings

The U.N.’s Intergovernmental Panel on Climate Change (IPCC) last gave a top-to-bottom look at such calculations in 2013.

The latest undertaking features 234 authors who must synthesize more than 14,000 studies and then aim for a signoff from the group’s 195 member countries in the report’s “summary for policymakers.” Dissenting opinions also appear but the summary is seen as a chief driver for policy from here.

The report could galvanize action at the U.N. climate summit in Glasgow this November, at which member countries are expected to make fresh commitments to curbing greenhouse gas emissions.

“This report will make it absolutely clear what is the state of the science, and throw the ball back in the camp of the governments for action,” Corinne Le Quéré, a climate scientist at the University of East Anglia in Norwich, U.K., told the publication Nature.

Richmond’s Spera and others emphasize that the IPCC reports are nonpartisan. Every IPCC country can nominate scientists of their choosing, though those candidates are subject to review.

The IPCC doesn’t tell governments what to do. Its goal is to provide the latest knowledge on climate change, its future risks and options for reducing the rate of warming.

Related: What if extreme flooding submerges a chemical plant or snarls traffic? Cities can and must shore up for climate change now, says report

Still, the IPCC got a taste of the political stakes in 2018, when Saudi Arabia, the world’s largest oil producer
BRN00,

but an economic giant that has also expanded into renewable energy and carbon capture, tried at the last minute to block language from the IPCC body. Saudi Arabia wanted to downplay a more aggressive and increasingly more popular 1.5° Celsius warming target compared to the 2° C that was the target headline out of the Paris climate talks in 2015.

Saudi Arabia, while leading the Group of 20 last year, pushed its idea of the “circular carbon economy” into the energy and climate communiqué from the G-20 gathering. The Saudis emphasize carbon removal after burning oil and gas, which still allows carbon-based fuels to be used on a reduced basis.

During the last IPCC, the U.S., which under then-President Trump was on its way out of the Paris agreement, filed an official statement saying it didn’t endorse the 2018 report.  President Biden has returned the U.S. to the voluntary Paris agreement.

When countries signed on to Paris, they pledged to keep warming “well below” 2° C compared to pre-industrial levels, while also “pursuing efforts” to limit it to 1.5° C. It wasn’t clear then what lengths were needed to meet the more ambitious goal. So governments, in the language of diplomacy, invited the IPCC to weigh in.

Keeping the world at 1.5° C would require that nations halve their emissions of CO₂ by 2030 and eliminate them completely by 2050, the IPCC said. But even that argument has its detractors; by some estimates, the world is on track for nearly 3° C of warming unless governments do more to curb these emissions.

Most large emitters from China to the U.S. have pledged a pathway to a net-zero emissions goal; the U.S. by 2050 and China by 2060, for example. Yet as of the end of July —the deadline for submitting the freshest detailed plans to cut emissions — only 110 nations had submitted their official goals to the U.N. Major economies including China, India, Saudi Arabia and South Africa have yet to meet the requirement set under the Paris agreement, a lag that some Republicans have said hurts U.S. interests.

But all nations could be facing new urgency with Monday’s release.

“The science tells us that to limit the worst consequences of climate change, we must aim for net zero as soon as possible, and by 2050 at the very latest, and that we need rapid short-term decarbonization efforts this decade,” said Nathan Cooper, lead, partnerships and engagement strategy with the World Economic Forum’s Climate Action Platform.

“Moreover, there is an increasing moral and economic imperative to respond to the consequences of climate change we are already witnessing. The poorest communities are often those that contribute the least to climate change but are most vulnerable to its consequences,” Cooper said.

One area of exploration in the Monday report could center on “climate sensitivity.” It is a measure of the projected long-term warming that would occur if the planet’s atmospheric CO2 levels doubled compared with pre-industrial levels. For a long time, estimates of climate sensitivity have been stuck at around 1.5–4.5° C but scientists feel they’ve had a breakthrough in narrowing that range.

Focus in the new release could also stress rising sea levels. The IPCC released a special report in 2019 that pointed to average global sea levels rising by between 0.3 meters and 1.1 meters by 2100, depending on emissions. That is only slightly higher than previous projections, but the report gave a voice to other experts, who declared that a 2-meter rise cannot be ruled out.

While by design the report could emerge as a very technical draft, it’s important to remember that it comes while global headlines on devastating fires, droughts, floods and more extreme weather have felt nonstop, on top of the COVID-19 concerns.

“Why should you care? Look around,” said Spera. “Thus far, 2021 has brought deadly extreme weather events around the globe, from extensive wildfires to extreme heat, excessive rainfall and flash flooding. Events like these become more common in a warming world.”

“Don’t expect an optimistic picture to emerge from the upcoming report,” she said.