Home
Stocks
ETF Wrap: Why uranium ETFs are going nuclear — almost literally — and how that trend might persist
Prev Article Next Article
This post was originally published on this site 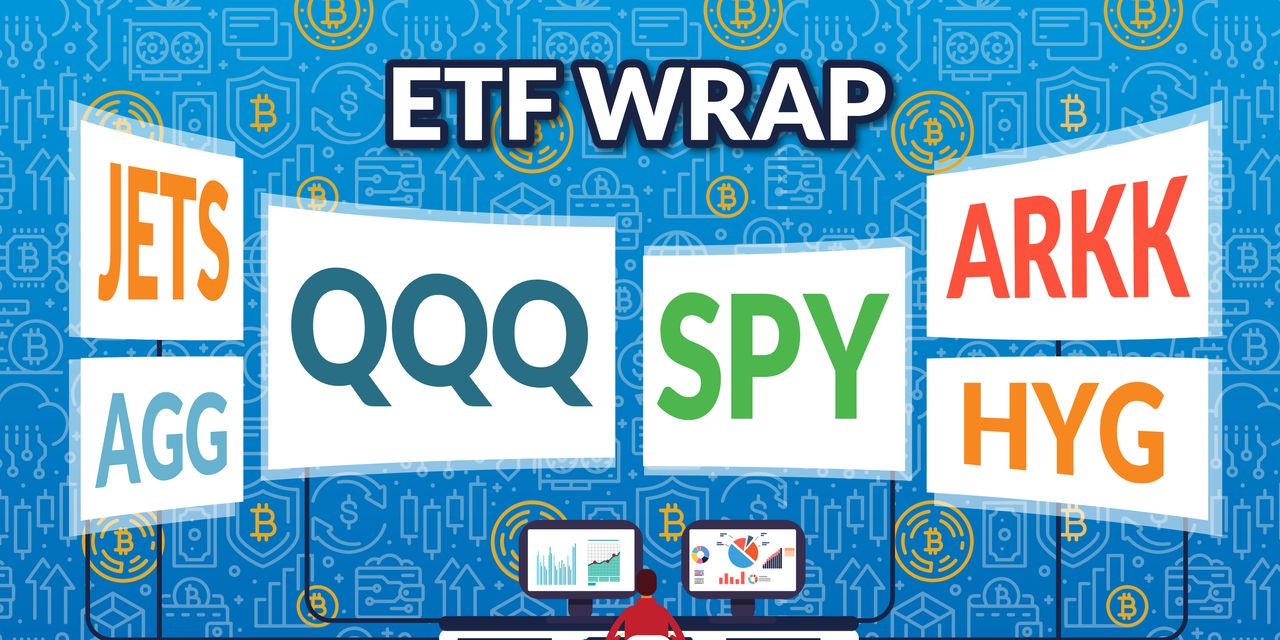 Hi, there! The most scintillating news on the exchange-traded fund beat may be what one of our colleagues at MarketWatch reported earlier this week. Basically, a Canadian fund is buying uranium to store it — and keep it out of the hands of the nuclear power plant operators who need it. We’ll touch on that a little.

Meanwhile, Japan ETFs are on fire (see attached table) thanks, perhaps, to Yoshihide Suga, who said Sept. 3 that he was stepping down as prime minister after criticism of his handling of COVID-19.

You know what to do: Send tips, or feedback, and find me on Twitter at @mdecambre to tell me what we need to be jumping on.

A boom in uranium ETFs

Uranium funds are enjoying boom times. Notably, the Global X Uranium ETF has surged some 19% in the weekly period tracked by ETF Wrap. The ETF, which is the largest in the uranium segment, is up 15.3% so far in September and boasts a nearly 58% year to date advance, according to FactSet data.

What’s behind the surge? A dearth of uranium, MarketWatch’s Steve Goldstein reports, a fact that also has delivered a jolt to other uranium ETFs pegged to the radioactive element that is used as a source of alternative energy.

Uranium futures, which were introduced on the New York Mercantile Exchange and CME around 2007, were trading above $40 a pound on Thursday, after breaching that price for the first time in six years earlier this week. Futures boasts a 34% gain in the year to date and a 16% rally in the month to date.

Some speculate that fundamental demand factors are also behind the surge in uranium and ETFs, particularly as energy costs have been elevated against the backdrop of supply-chain bottlenecks that have emerged in a COVID world.

Read: Chatter about a ‘commodity supercycle’ is dying down—here’s why the debate isn’t over

Earlier this year, analysts at Morgan Stanley and BMO Capital Markets forecast that uranium prices could hit $50 a pound by around 2024.

Stocks may be seeing fairly placid moves but Frank Cappelleri, desk strategist at Instinet, cautions that a number of ETFs are sending a different message that is worth taking note of.

Cappelleri said that within the list of 170 ETFs that he tracks, 60 lost at least 1% from their highs vs. just three up more than 1%, including United States Natural Gas Fund
UNG,
,
Utilities Select Sector SPDR Fund
XLU,

After two months that saw over 30 new ETFs, August only saw 22 new funds kick off, according to CFRA’s Aniket Ullal, head of ETF data and analytics, writing for Wealth Management.com.

Meanwhile, the industry has already well exceeded a record for net flows of $504 billion set in 2020, ringing up $596 billion of net inflows year-to-date through August.