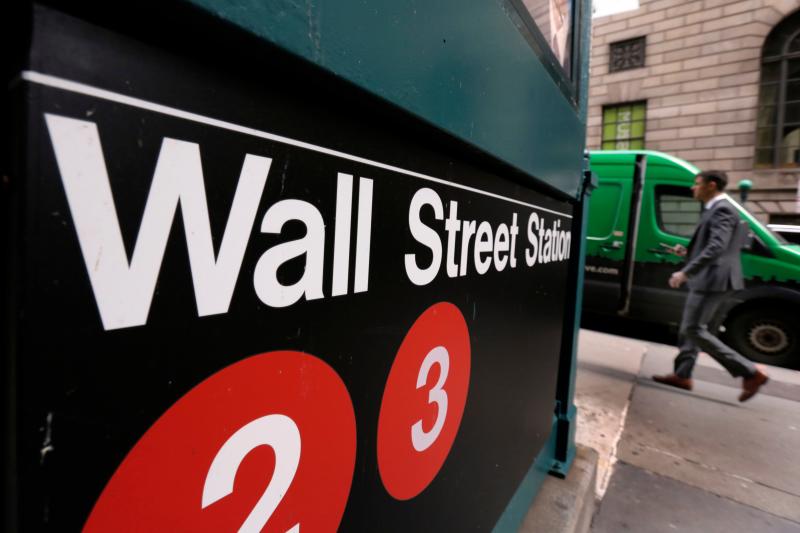 NEW YORK (Reuters) – A flagship Wall Street conference returned this week, attracting so many fund managers and investors who were hungry for in-person interactions that organizers ran out of a steak and lobster entree and seats at its first lunch on Monday.

The three-day SALT event, long one of the hedge fund industry’s biggest conferences, took a break during the pandemic last year but its host, Anthony Scaramucci, was determined to bring it back this year with strict safety protocols, a different kind of agenda and much closer to home for many.

The roughly 2,300 people who came in person needed to show proof of vaccination and the venue changed to the Jacob K. Javits Convention Center in Manhattan, from the Bellagio Hotel & Casino in Las Vegas.

Initially, guests roamed the spacious hallways wearing masks, bumping elbows and leaving distance between seats in the cavernous conference rooms. But within a few hours early nervousness had melted away and there were handshakes and hugs aplenty between longtime business associates, many of whom had not seen each other in over 18 months. The lunch area was so crowded on the first two days that there was a mad race for seats and boxed lunches had to be served to those standing at the back of the room.

“In New York, people have more of a game face on,” Scaramucci told Reuters in an interview. “There isn’t the kind of frivolity that we have in Vegas.”

He joked that more people were sitting in the darkened conference rooms actually listening to presenters than in Las Vegas, where they might be playing slots.

Many of the prominent investors who had appeared in the past were back, including Steven A. Cohen, Daniel Loeb, Marc Lasry, Mike Novogratz and Ray Dalio. Sports legends Joe Torre and Bobby Valentine also appeared, as did media personality Paris Hilton.

But there was a heavier focus on cryptocurrency investments, which have soared in popularity, as well as how the pandemic has changed society in investable ways than the human interest elements that made the Vegas destination popular. There was plenty of talk about how funds survived enormous volatility during COVID-19, how they are handling back-to-work arrangements – hedge fund manager Cohen says he likes working from home and doesn’t have to be in the office five days a week – and what may happen with inflation.

“It was great to see people again and to have so many conversations,” said Milind Sharma, chief investment officer at QuantZ Capital. “That alone was worth the price I paid to come.”

In addition to the 2,300 people who showed up in person, 700 signed up to view the program remotely, making it the best attended conference ever, SALT organizers said.

Many attendees who spoke to Reuters said they were given tickets for free rather than pay the entry fee, which totaled $8,000 a ticket for some.

Scaramucci launched the SALT event in 2009 when he ran hedge fund investment firm SkyBridge Capital. He left in 2017 to become communications director for former President Donald Trump for just 11 days, eventually returning to SkyBridge. At the conference he joked that his firing might have been the best thing that happened to him, saving his career, his firm and his marriage.

The pandemic, which has so far killed 4.8 million people globally, prevented Scaramucci from organizing SALT in its usual three-day in-person format last year. Although the Delta variant sparked concerns about the New York event and even some talk of postponing it, it appears to have gone off without a hitch.

As for SALT’s future, Scaramucci wasn’t ruling anything out, including a return to the Vegas strip.

“You have to come up the risk curve in order to get back to normal,” he said.