Home
Stocks
Market Extra: Global growth outlook is darkening just as the next major U.S. inflation report is about to land
Prev Article Next Article
This post was originally published on this site 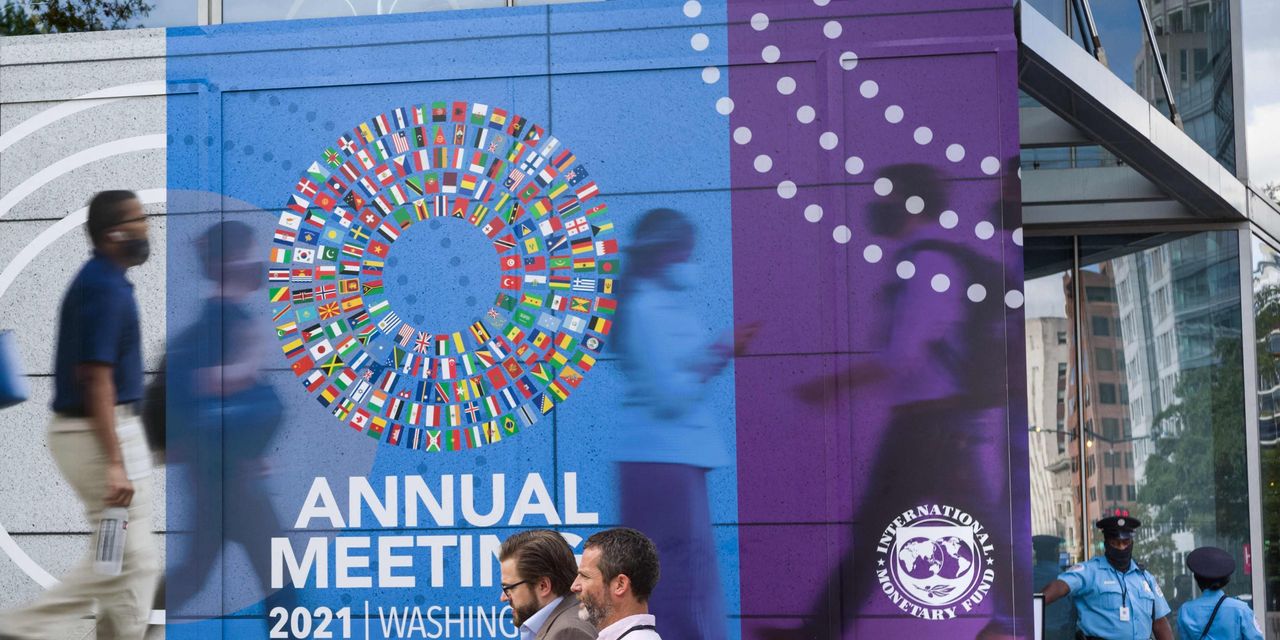 Traders and investors are bracing for a reading on consumer inflation on Wednesday that has the potential to exceed expectations, just as optimism over a global recovery is slipping away.

The risk is that the upcoming round of inflation data damages market sentiment and reinforces views that the U.S. is heading into a stagflation-like environment after four straight months of strong year-over-year readings of 5% or higher, even if those elevated readings drop off at some point.

Until recently, many traders and investors have been giving central bankers the benefit of the doubt that inflation will ultimately remain under control, once pandemic-related dynamics such as supply and labor shortages start to subside. That’s begun shifting a bit, with measures like the 5-year, 5-year forward rate moving back toward highs from earlier this year and inflation swaps trading at levels that suggest the Fed might lose control of inflation for the next five to 10 years, according to TIPs trader Gang Hu of WinShore Capital Partners in New York.

“Tomorrow’s inflation numbers are important because if we stay persistently elevated for longer than most market participants expect, that’s going to impact consumer spending and ultimately growth going forward,” said strategist Charles Ripley of Allianz Investment Management, which oversees more than $150 billion in the U.S. “Rising real and nominal rates reflect some of that `persistently elevated’ narrative, but markets haven’t fully accepted that yet and headline CPI could surprise to the upside.”

The range of economists estimates for Wednesday’s year-over-year headline consumer-price index number are between 5% and 5.5%, with a consensus of 5.3% that matches August’s headline CPI reading. That’s surprising because anecdotal reports of labor and supply shortages have only worsened in September, while average hourly pay has gone up, energy prices have been surging, and consumer expectations are shifting.

Read: U.S. consumers expect record-high inflation in the year ahead, but anticipate gas prices will fall

Forecasters are entering a period in which few, if any, economic models may be able to accurately assess where the U.S. is going with inflation. Meanwhile, on Tuesday, the International Monetary Fund cut its forecasts for global growth in 2021, while reducing its estimates for growth in the U.S. and number of other countries this year, with the exception of the euro area, India and Russia.

Major U.S. stock indexes reflect some of the concerns about inflation, and wobbled between gains and losses on Tuesday. The Dow industrials
DJIA,

was lower by less than 0.1%. The Nasdaq Composite Index
COMP,

Energy costs alone have the potential to add a few tenths of a percent to headline CPI on Wednesday, said Ben Emons, managing director of global macro strategy at Medley Global Advisors in New York. He says record gas prices and shipping rates could push CPI to possibly as high as 5.6%, a level not seen since 2008.

Prior to the 2008 level, the next highest headline CPI readings, which ranged from 5.7% to 6.3%, were last seen more than three decades ago.

“There’s lot of confusion about stagflation, and people may be in some state of denial,” Emons said via phone. “People are wary about putting too much emphasis on supply bottlenecks because once they are resolved they could come off pretty hard. We’re just not there yet.”

See: How stock-market investors can make sense of supply-chain chaos