Home
Stocks
Economic Report: Jobless claims sink to new pandemic low and fall below 300,000 for first time in a year and a half
Prev Article Next Article
This post was originally published on this site 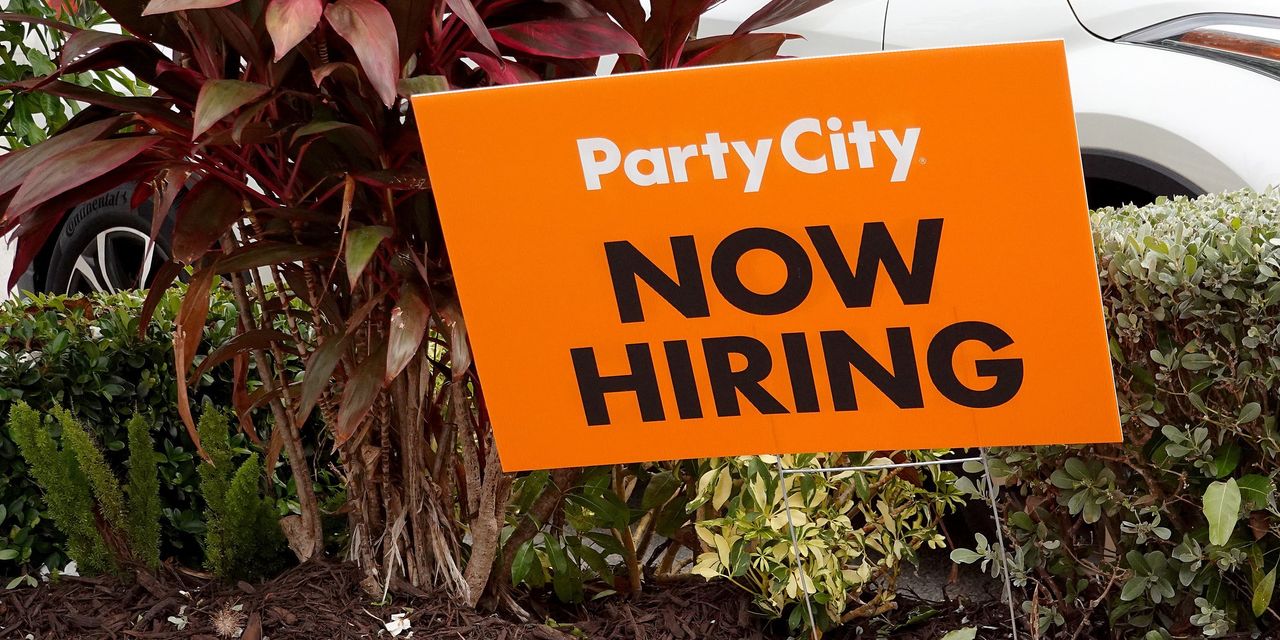 The numbers: Just 293,000 people who recently lost their jobs applied for unemployment benefits in mid-October, pushing new U.S. jobless claims to a pandemic low amid a frantic effort by companies to hire more workers.

New jobless claims sank by 36,000 in the seven days ended Oct. 9 from a revised 329,000 in the prior week, the government said Thursday. It’s the first time new claims have dropped below the key 300,000 level since the start of the viral outbreak in March 2020.

Economists polled by The Wall Street Journal had estimated new claims would drop to a seasonally adjusted 318,000.

The number of people already collecting state jobless benefits, meanwhile, fell by 134,000 to 2.59 million. These so-called continuing claims are at a pandemic low.

Altogether, 3.65 million people were reportedly receiving jobless benefits through eight separate state or federal programs as of Sept. 25. The figures are released with a two-week delay.

Some 11.3 million people had been getting benefits before the expiration in September of an emergency federal program set up during the pandemic to make extra payments to the unemployed.

Big picture: One of the biggest headaches for businesses right now is finding enough people to hire. They are laying off very few people because of a labor shortage that hurting production and thwarting the economic recovery.

How long the labor shortage persists is still a big unknown. The end of extra federal jobless benefits was supposed to push more people to look for work, but the size of the labor force actually shrank in September even with most companies offering higher pay.

The longer the labor shortage persists, the harder it will be for the U.S. economy to return to normal. Shortages of both labor and supplies are contributing to the biggest spike in U.S. inflation in 30 years.

Read: Inflation rises at 5.4% yearly pace in September and stays at 30-year high

Also: The Fed has bet on a future of low inflation. Here’s what could go wrong

were set to open higher in Thursday trades.