Home
Stocks
: Fiserv stock dives after earnings to pace S&P 500 decliners
Prev Article Next Article
This post was originally published on this site 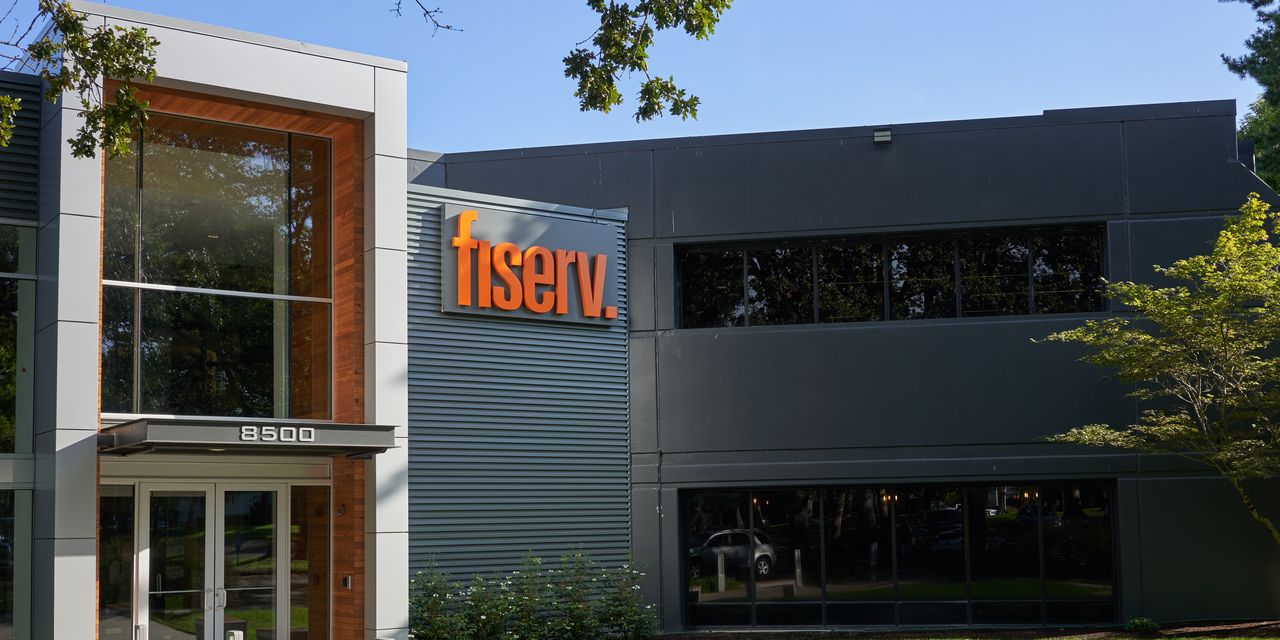 Fiserv Inc.’s stock is currently the biggest laggard in the S&P 500 Wednesday after the financial-technology company discussed the loss of a large processing customer during its earnings call and gave some more muted commentary around the current quarter than some were expecting.

The stock is off 10.8% in midday trading Wednesday and on pace to post its steepest single-day percentage decline since March 18, 2020, when it lost 10.9%.

Read: How the quirky ways you type, swipe and behave can protect you online

Analysts saw several reasons for the stock’s Wednesday selloff, including Chief Executive Frank Bisignano’s mention of the “loss of a large processing client through one of our JVs” during the company’s earnings call.

Chief Financial Officer Robert Hau added that Fiserv pointed out the loss “in terms of adjusting our volume and transactions for transparency” but that the situation “has very little impact overall on the actual revenue.”

“It sounds like they lost Stripe,” Baird analyst David Koning wrote. While this “sounds bad,” he agreed that the loss of this client is “roughly immaterial to revenue” since large acquirers and large merchants tend to pay “very low fees” for each transaction.

On a more positive note, “the massive growth in Clover comes on at very high yields…probably 10-20x+ the yield of Stripe volumes,” he continued, referring to the company’s Clover business that offers card processing and point-of-sale technology.

“Management indicated that the client brought processing in-house, rather than a competitor taking the business (though given investor concern regarding competitive pressure from fintechs, the loss may have a more outsized impact on sentiment),” he wrote.

Representatives from Stripe and Fiserv didn’t immediately return MarketWatch’s request for comment on whether Stripe was the customer that left the joint venture.

El-Assal also highlighted that Fiserv suggested fourth-quarter acceptance revenue could be roughly in line with third-quarter revenue. That outlook “is likely somewhat less than investors were hoping for, especially given potential support from the upcoming holiday season,” he noted.

are off 7.9% and 5.9%, respectively, in Wednesday’s session. Payment stocks in general are suffering Wednesday: Visa Inc. shares
V,

are off 5.4% after the company delivered a disappointing outlook for its new fiscal year, while Mastercard Inc. shares
MA,