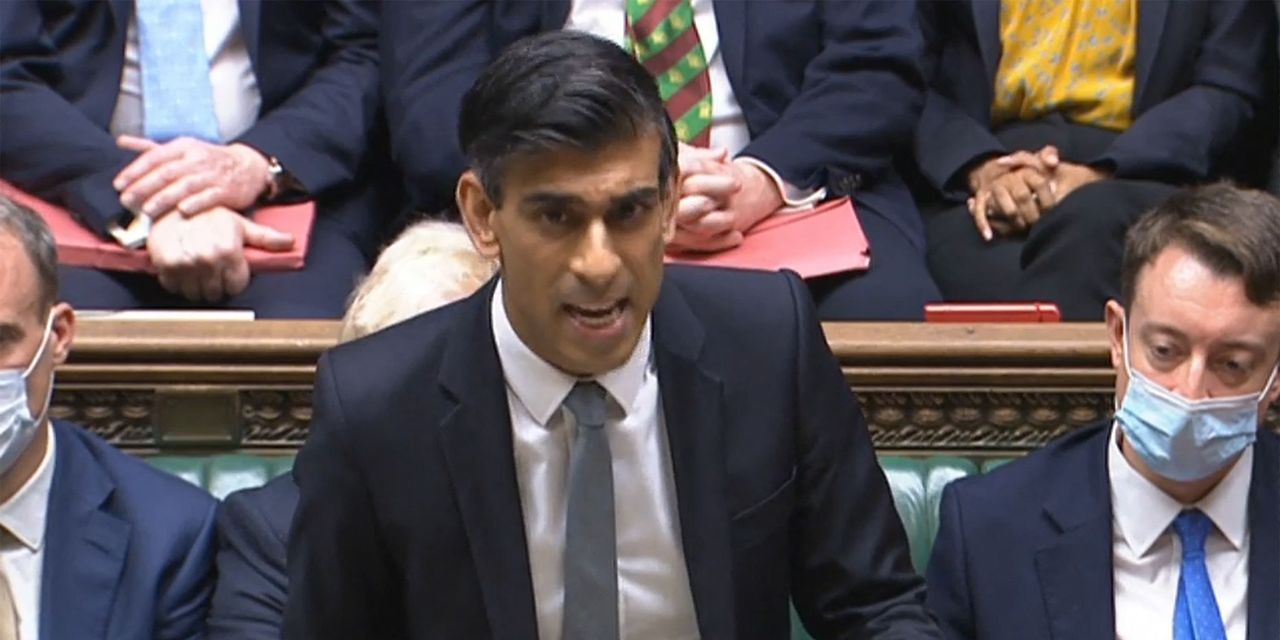 The pound slipped and U.K. bond yields fell as Chancellor Rishi Sunak laid out a budget that the government watchdog said will hike taxes.

The Office for Budget Responsibility said borrowing will more than halve to 3.3% of GDP before gradually falling to 1.5% of GDP in 2026-27 due to the introduction of a health and social care levy, previously announced corporate and personal tax hikes, and a stronger economy than estimated in March.

The tax burden is forecast to reach 36.2% of GDP, which would be the highest level since the early 1950s, the OBR said. The OBR said Sunak has raised taxes by more this year since 1993 when Norman Lamont and Ken Clarke reacted to Black Wednesday.

Also notable was a change in the complicated alcohol taxation system, with the resulting change being a reduction on rose, sparkling wine, beer and cider — news that boosted the shares of leading pub chains including JD Wetherspoon
JDW,
,
Marston’s
MARS,

edged higher as Sunak said there would a tax cut on domestic flights, to be paid for by a new levy on long-haul journeys of over 5,500 miles — to locations like South Africa and Australia. A London-to-Los Angeles flight is 5,437 miles.

“While it might appear strange that Sunak has pushed the green agenda so strongly ahead of the COP26 summit next week and then cut air passenger duty for UK domestic flights while imposing an increase in duty for long haul flights, it is welcome news to the regional air operators,” said Charles Hepworth, investment director at GAM Investments.

Sunak cancelled a rise in fuel taxes and confirmed that the minimum wage will be hiked by about 7%, to £9.50 per hour.

slipped 0.2%, in line with other European benchmarks as U.K.-based companies record most of their revenue outside the country.