Home
Stocks
: Should I use a 401(k) or an IRA to save for retirement? A traditional account or the Roth version? Here’s what to know
Prev Article Next Article
This post was originally published on this site 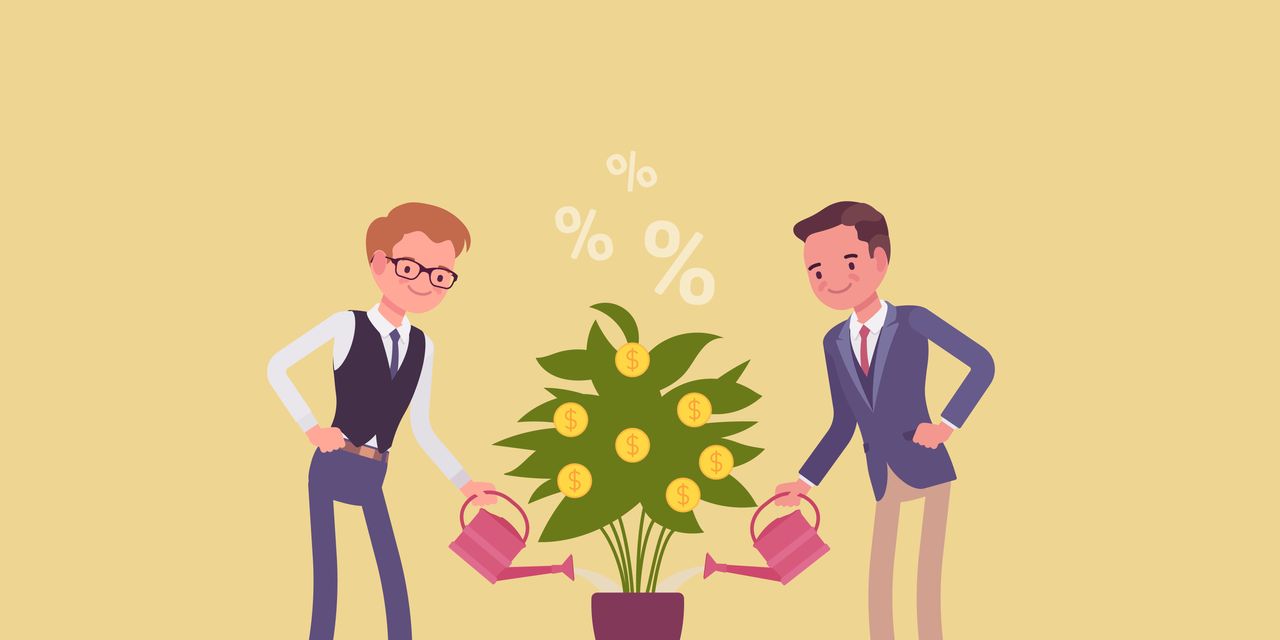 You can save on taxes while saving for retirement by using an IRA or a 401(k). But deciding the best account is not always straightforward. There’s also the Roth option for both, meaning four choices, all with different rules.

Here’s how to figure it out. And remember this is money you’re setting aside for retirement, not to buy a house or pay for some other big expense. In fact, you generally can’t use it before age 59 ½ without paying a 10% penalty.

Be aware that there are plenty of rules with these accounts, and they can change. So check with the investment firm handling your account before you do anything rash.

If you have access to a 401(k) plan through your job, this is the one to pick. You can set aside more money than with an IRA and, also unlike an IRA, there’s no income limit for claiming the tax break.

It’s an even better deal if your employer offers some sort of company match. Aim to at least put in whatever amount qualifies under those terms, and increase the amount over time. The total amount you can put in changes each year, but in 2021 it was $19,500 ($26,000 for those 50 and older.) The employer match is on top of this. Your employer will also offer a limited number of mutual funds that you can choose from.

If you don’t have a 401(k) at work, look at an IRA, or an individual retirement account. This is less generous, and it starts with the amount you can put into an account; up to $6,000 in 2021, plus an additional $1,000 for a total of $7,000 for people 50 and older. You can only use earned income (rental income as well as dividends and capital gains don’t count), but you can pick any fund you want.

Investors who are not covered by a retirement plan at work can put in the full amount.

People who have a retirement plan at work must meet income limits if they want a tax break, and that changes annually (this is what it was in 2021). If you are one of those and given the restrictions, you probably want to put in as much as you can in that 401(k) plan before you even think about an IRA.

You can contribute to a spouse’s IRA as long as you file taxes jointly. If one of you doesn’t have access to a 401(k), you may want to look into this option.

If you are one of the relatively few who do hit the limit on 401(k) contributions and have more to invest, then you can think about an IRA, even when you won’t get a tax break.

Why would you do that instead of putting money in a regular brokerage account, where there’s no penalty for early withdrawal and you’d pay capital-gains taxes instead of income taxes? Three reasons: protections from creditors (think lawsuit or bankruptcy) up to $1 million, tax-free growth until you withdraw the money, and what’s called a backdoor Roth. We’ll get to that last one in a bit.

Here’s where we get into the tax wrinkles.

With a traditional IRA or 401(k) you put money in before you’ve had to pay federal and state income taxes, but you’ll pay income taxes when you take out the money. With the Roth version, you are investing money after taxes have been paid but you withdraw it tax-free in retirement.

Which makes more sense? It depends on your tax bracket today and in the future. Admittedly, that last part involves a lot of gazing into a crystal ball (how much income will you have in retirement? How will Social Security be taxed? And what will happen to tax rates?), so it’s a bit of a gamble.

As a rule of thumb, Roth accounts may make more sense for people just starting out in their careers, when their salaries — and tax brackets — are relatively low. They may also work when workers are having a lower-than-usual earnings year, such as business owners who suffered a drop in sales.

Not every company that offers a 401(k) plan also offers the Roth version, though they have become more widely available in the last decade. So you might not even have to consider this.

Then there’s the Roth IRA option. Like a Roth 401(k) account, it offers no immediate tax breaks.

Roth accounts are recommended for investments like stocks or even alternative investments because big gains won’t be taxed. In an extreme version of this, Peter Thiel, co-founder of PayPal
PYPL,
,
turned his $2,000 Roth IRA in 1999 to $5 billion two decades later.

Finally, you could decide to have a mix of traditional and Roth accounts so that you have more flexibility with your withdrawal strategy. For example, if your tax rate is higher than usual in one year in retirement, you could withdraw money from the Roth account rather than having to pay taxes on the traditional account. Just don’t forget the required minimum distributions!

When can I take out the money?

With a traditional 401(k) or IRA, you pay taxes at your income-tax rate when you take out money. As mentioned, there’s that 10% penalty if you do it before you are 59 ½ years old. There are some exceptions, such as costs for higher education or unreimbursed medical expenses not covered by insurance as well as under the rule of 55.

But remember, this is retirement money. Let it grow. Time is your biggest ally.

Read: To get rich investing, the power of time beats a lucky stock pick

Still, you can’t keep the money there forever. You must start taking out money from a traditional IRA, a traditional 401(k) and a Roth 401(k) at age 72 under what’s known as a required minimum distribution. Only Roth IRAs are exempt from this rule.

Can I change my investments?

You can do this at any time. It can be for fresh money, money you’ve already invested or both.

So what’s this about a backdoor Roth?

This is when you move money from a traditional IRA to a Roth IRA, paying taxes now in a bet that it will be less than what you’d pay later.

Congress is discussing whether to eliminate this option, so don’t count on it forever.

Whether a Roth conversion (also called a backdoor Roth) actually saves on taxes over the long run is up for debate. One study, entitled “When and for Whom Are Roth Conversions Most Beneficial?”, argued participants are most likely to see a return on this conversion if they have decades of uninterrupted growth in their accounts as well as the ability to make a conversion at the 0% tax bracket.

“Otherwise you fail the conventional test that requires the tax level in retirement to be higher than the tax level on the conversion,” wrote the report’s author, Edward F. McQuarrie, professor emeritus at Santa Clara University. “Put another way: unless both members of a 60-something couple are 401(k) millionaires, their tax rate in retirement will likely be 12%.”

Read Brett Arends: Why I won’t do a Roth IRA conversion—even if this is the last chance

Remember those rules about required minimum distributions, also known as RMDs? For people with millions of dollars in their traditional IRAs (that includes those who rolled over their 401(k) balances into an IRA upon retirement), those withdrawals likely would push them into higher tax brackets. But money in a Roth IRA isn’t covered by those rules.

Those with less money in a traditional IRA will likely already be in low tax brackets in retirement, possibly at a rate even lower than when they converted the funds from a traditional to a Roth account. That makes any Roth conversion unhelpful.

When it does benefit most taxpayers, according to this study, is when account holders live past age 90. That’s because the money grows tax-free and needs a long, undisturbed period to compound.

Here’s how a backdoor Roth works: If, for example, you had a traditional IRA with $300,000 and wanted to convert $50,000 of it to a Roth in one year, you would only pay taxes on that portion. There’s no limit on the amount you can convert in any year or how many times you can use this technique.

But there’s a wrinkle to it. While you won’t have to pay any early-withdrawal penalties, the extra $50,000 in income could bump up your tax bracket. You may want to consult a tax professional on both timing and help in calculating the tax bill.