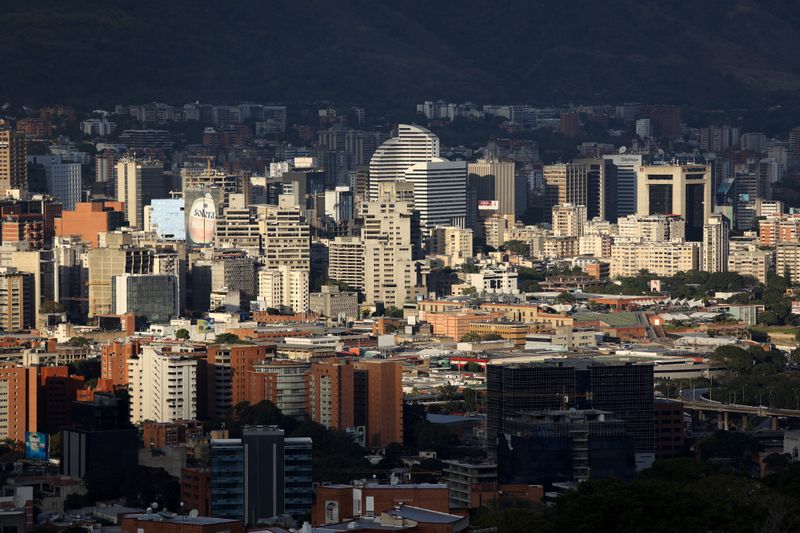 CARACAS (Reuters) – Venezuela will allow companies to raise capital in foreign currency, according to a new rule by the country’s securities regulator, as socialist President Nicolas Maduro liberalizes the struggling economy in the face of sanctions.

The government unexpectedly began relaxing foreign exchange and price controls in late 2018. That prompted a rise in transactions in dollars and euros that had been banned for more than 15 years, as Venezuelans increasingly lost faith in the local bolivar currency amid hyperinflation and recession.

Maduro himself has called those transactions an “escape valve” amid U.S. sanctions on state oil company PDVSA, the OPEC nation’s cash cow.

The sanctions are aimed at cutting off cash flow to Maduro, whom Washington calls a corrupt dictator who is usurping power after rigging a 2018 election. Maduro has defended the legitimacy of the vote and argues that U.S. President Donald Trump’s administration is seeking to overthrow him to seize control of Venezuela’s oil.

Over 50% of goods are now sold in hard currency in Venezuela’s major cities, according to local consultancy Ecoanalitica.

The shifting policies and rhetoric from the government have prompted some companies, including rum distiller Ron Santa Teresa (CR:), to offer shares in local currency in the hopes of economic liberalization similar to that of China and the Soviet Union in the 1980s. Entrepreneurs have told Reuters they planned to lobby the government to allow share issues in hard currency.

The new rule by the National Securities Agency, which has not yet been published but was seen by Reuters on Thursday, said it would allow “the public offer of securities issued by the private sector in foreign currency.”

Venezuela’s Information Ministry, which handles media requests on behalf of the government, did not immediately respond to a request for comment.

The change provides an alternative for financing for Venezuela’s beleaguered corporate sector, given sky-high interest rates from the country’s banks amid hyperinflation.

Javier Riccobono, chief executive officer of soft drinks bottler Coca Cola Femsa de Venezuela, told reporters on Thursday said he was encouraged by the shift but that it would depend on the financing costs. He said the company was planning to issue debt in bolivars soon.

“Our focus is on having all the options open,” Riccobono said. “If we have access to an issuance in foreign currency, we would give it a good look.”