The May futures contract for U.S. crude oil extended losses Sunday evening in electronic trade, touching the lowest level since 2001, as fears about a shock to demand due to the coronavirus pandemic and worries about a lack of storage looked set to hammer the commodity to start the week.

The trading action comes after the May contract crude, which expires Tuesday, posted a 19.7% weekly loss on Friday.

WTI contracts for later delivery have traded at much higher prices than the front-month May contracts. The steep upward slope for prices in later months in crude, a condition known as contango, has only helped to exacerbate the dearth of storage of crude in recent weeks as the coronavirus wreaks havoc on global demand for oil.

The expiration of the May contract and the fundamental demand problems have combined to put outsize pressures on the energy sector.

“Price discovery is complicated, more so than usual, by the soon-to-expire WTI NYMEX front-month contract for May 2020,” wrote Stephen Innes, global chief market strategist at AxiCorp, in a Sunday research note.

“Even more so as the near-term prices are trading massively discounted due to storage premiums getting packed in the far dates, creating very squeezy conditions on the expiring contract as final day settlement (FDS) looms,” he wrote.

Monthly reports from the Organization of the Petroleum Exporting Countries and the International Energy Agency have underscored a period of flagging appetite for crude, even as major oil producers have forged a historic pact to curb output by more some 10 million barrels a day, in an effort to end a price war between Saudi Arabia and Russia and stabilize prices that have been swooning.

In addition to OPEC and its allies trimming production, there is also the possibility on April 21 that the Railroad Commission of Texas, which regulates the oil-and-gas industry in the state, could move to limit output in the region.

Reports have also suggested that the Trump administration may provide further incentive by offering to pay producers to keep crude in the ground. 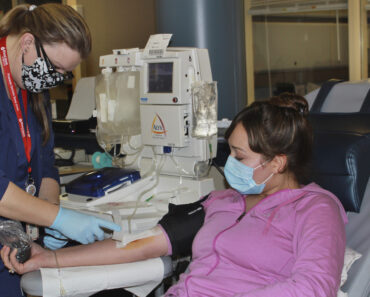