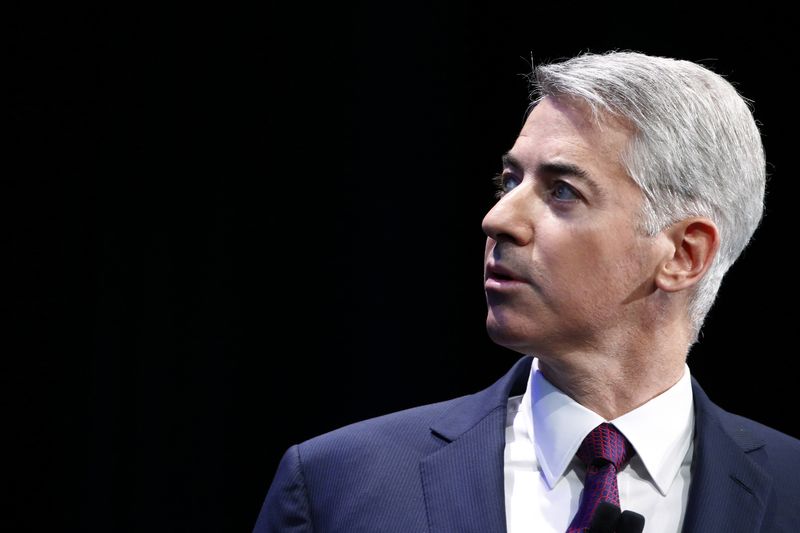 The public and private funds at Pershing Square (NYSE:SQ) Capital Management have gained between 22% and 27% this year, handily beating both the Standard & Poor’s 500 index and the average hedge fund which are each off 7% since January, Ackman said.

Ackman, who began worrying about the health and market impact of the pandemic months ago, famously hedged his portfolio with a $27 million bet that turned into a $2.7 billion windfall that he reinvested in the stock market in late March, buying bigger stakes in companies he was already betting on.

“We like what we own and we still think these stocks are cheap,” Ackman told investors on a conference call on Wednesday, adding that his portfolio contains companies whose businesses can withstand unpredictable events with severe consequences.

Positions in Berkshire Hathaway (N:BRKa), Blackstone Group (N:BX) and Park Hotels & Resorts (N:PK) were liquidated because the cash could be used more efficiently elsewhere, he said.

This year’s gains come on the heels of last year’s 58.1% return, the single best year since Pershing Square’s founding in 2004, and signal that Ackman is still having success with his back-to-basics strategy where in 2018, he took back control of making investments instead of being the firm’s chief marketer.

Ackman was early in closing down his Manhattan office and sending staff to work from home. When millions of other Americans were told to stay away from the office, Ackman pounced on the beaten-down stock of Lowe’s, arguing that the time for long-delayed home improvement projects is now.