Home
Market
EU puts up barricade plan for state-backed foreign buyers
Prev Article Next Article
This post was originally published on this sitehttps://i-invdn-com.akamaized.net/trkd-images/LYNXMPEG5G19P_L.jpg 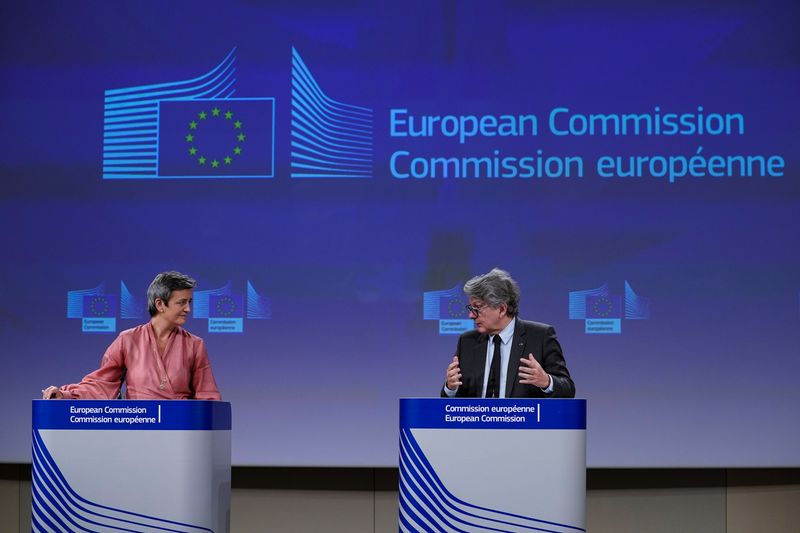 BRUSSELS (Reuters) – State-backed foreign firms will have a harder time buying European Union companies under a proposal by the bloc’s executive, which is pursuing more protectionist policies as the global pandemic tips the region into a steep recession.

New measures were needed because the existing foreign direct investment screening rules and trade defence measures were not enough to ward off a potential post-coronavirus buying spree of cheap assets, the European Commission said.

The EU fears foreign subsidies may be used to grow market share or underbid European rivals to gain access to strategically important markets or critical infrastructure.

The EU executive cited a “growing number of instances” in which foreign subsidies had allowed the acquisition of EU firms or distorted investment decisions or bidding in public procurement “to the detriment of non-subsidised companies”.

“These tools are for everyone, there are no specific countries we are thinking of,” EU antitrust chief Margrete Vestager told a news conference.

Britain will be scouring the plans for their implications, said Oliver Bretz, a partner at Euclid Law, adding:

“Although this initiative seems to be aimed primarily at Chinese investment, there may be other collateral damage … UK negotiators are probably looking at this very closely in the context of Brexit, as State aid is one of their red lines.”

Failure to do so could lead to fines or a veto of the deal, and the buyers could have to sell assets to make up for any unfair advantage gained.

Companies already present in the 27-country bloc could be forced to report foreign subsidies to the Commission if these exceed more than 200,000 euros over three years.

Such companies may also have to sell assets, reduce market share or capacity, or make payments to rebalance any distortions under the proposals, which are open for consultation to Sept. 23 after which the Commission will decide on legislation.