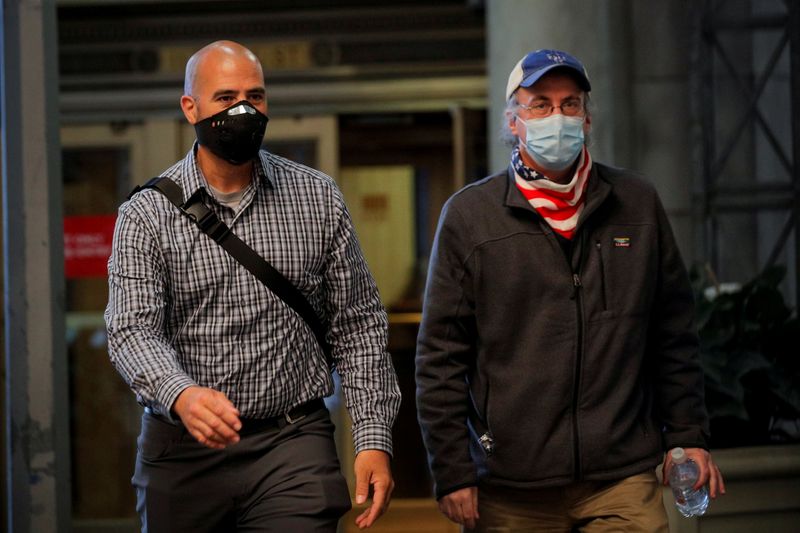 (Reuters) – The S&P 500 and Dow retreated on Thursday as an uptick in coronavirus infections in parts of the United States threatened to upend bets of a swift economic recovery, with data showing weekly jobless claims remained elevated.

Several U.S. states including Texas, Florida and Oklahoma reported a surge in new infections. However, President Donald Trump said late on Wednesday the United States would not close businesses again.

“Without a vaccination or solution to this healthcare problem, it’s going to continue to create economic problems even though the data has probably bottomed in the United States and China,” said Nate Fischer, chief investment strategist of Strategic Wealth Partners, in Cleveland.

“It’s off a very low base, so the numbers have done better than expected, but the risk-reward profile right now is not that favorable given how far we have run off the bottom,” Fischer said.

Healthcare stocks (SPXHC) weighed the most on the benchmark index with most S&P sectors trading in the red. Technology (SPLRCT) and materials (SPLRCM) outperformed.

Carnival Corp (N:CCL) slipped 0.7% after reporting a quarterly net loss of $4.4 billion and warning of a loss for the rest of the year after the pandemic brought its cruise business to an effective standstill.