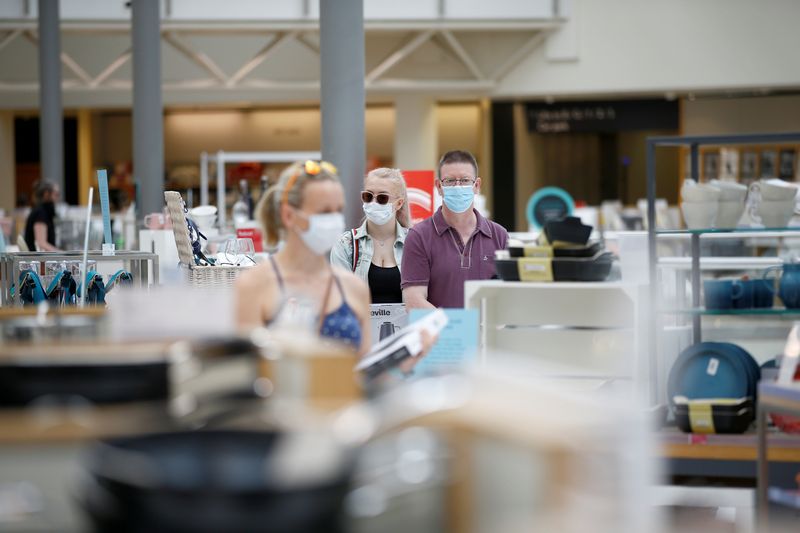 LONDON (Reuters) – Two of the biggest names on the British high street said they would cut more than 5,000 jobs on Thursday after conceding that customers were unlikely to return to their old ways after the COVID-19 crisis upended retail.

Health and beauty chain Boots, owned by Walgreens Boots Alliance (O:WBA), said it would cut 4,000 jobs and close 48 optician stores after shopper numbers plunged 85% in April at the height of the coronavirus lockdown.

John Lewis, middle England’s favourite department store, said it would close eight stores and lose a possible 1,300 jobs after it predicted that online sales would make up to 70% of its total sales this year and next, from 40% prior to the crisis.

“Closing a shop is always incredibly difficult,” said Sharon White, chairman of the John Lewis Partnership. “However, we believe closures are necessary to help us secure the sustainability of the Partnership.”

The world’s sixth-biggest economy shrank by 25% in March and April and could be heading for its biggest fall in 300 years in 2020, with the unemployment rate on course to more than double to about 10%, according to official projections.

Most have warned that a recession is looming and they are cutting numbers now before demand drops even further.

The news of the latest job losses will come as a blow to finance minister Rishi Sunak who announced a plan on Wednesday to pay employers 1,000 pounds for every member of staff they take back from the government-supported furlough scheme.