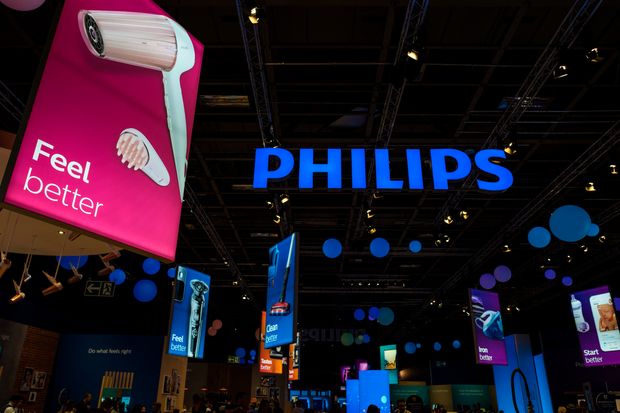 General view of the Philips stand during a preview day of the IFA, the world’s leading trade show for consumer electronics and home appliances, in Berlin on August 30, 2018. (Photo by John MACDOUGALL / AFP)JOHN MACDOUGALL/AFP/Getty Images

Koninklijke Philips NV said Monday that net profit for the second quarter fell, but exceeded expectations, and that it continues to expect to return to sales growth and improved profitability in the second half of the year.

The Dutch medical-technology company PHIA, +3.63% PHG, +0.26% said the coronavirus pandemic caused a steep decrease in consumer demand and postponement of installations in hospitals, as well as elective procedures, which hit its personal health and diagnosis and treatment segments. However, the company said it continues to aim for a modest comparable sales growth and improvement in adjusted earnings before interest, taxes and amortization margin.

Net profit for the quarter was 208 million euros ($237.7 million) compared with EUR243 million for the year-earlier period, the company said. Analysts had expected a quarterly net profit of EUR92 million, according to a consensus provided by the company.

Second-quarter sales fell to EUR4.40 billion from EUR4.67 billion a year before, Philips said. This was ahead of analysts’ forecasts of EUR4.35 billion, according to a company-provided consensus. Comparable sales fell 6%, against analysts’ expectations of a 7.1% decline.

Comparable order intake increased 27% in the quarter, the company said.