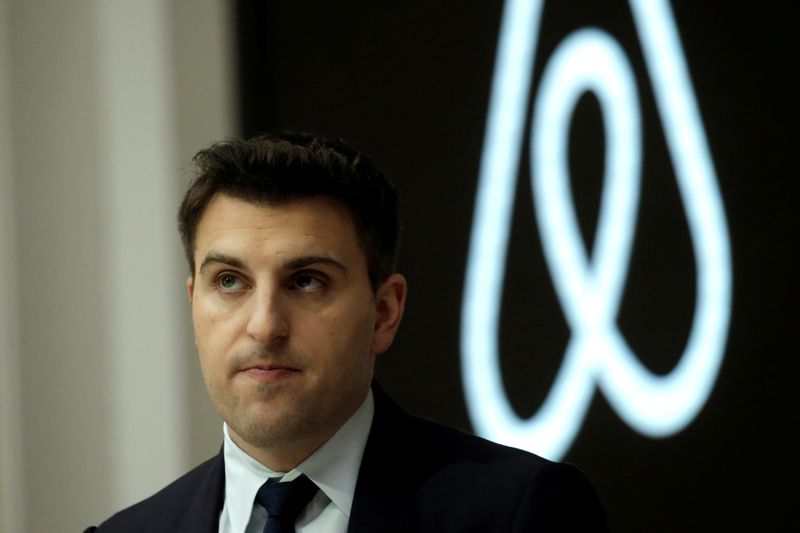 (Reuters) – Home rental startup Airbnb has been approached about going public through a merger with a blank-check acquisition company, a novel way of listing on the stock market that is gaining traction, co-founder and chief executive Brian Chesky said on Wednesday.

“We’ve been approached by some people that have presented us some opportunities,” Chesky said in an interview at a Reuters Newsmaker event when asked about whether he considered using a so-called special purpose acquisition company (SPAC). “We’re looking at everything. So I probably shouldn’t speculate too much on it.”

A SPAC is a shell company that uses IPO proceeds and debt to acquire another company, typically within two years. Investors are not notified in advance what the SPAC will buy. SPACs have emerged as a quick route to the stock market for companies concerned about the lengthy IPO process.

Airbnb had been preparing to file to go public as the coronavirus pandemic hit, causing business to plummet by 80% in six weeks, Chesky said. “We had to put it on the shelf a little bit because we had a bit of fire-fighting to do. We’ve now kind of dusted that off. And we’re back to working and being prepared.”

Chesky declined to talk about the IPO timing or valuation. Airbnb has also considered going public via direct listing, a process whereby no new shares are sold but existing investors can sell stock.

In April Airbnb raised $2 billion in two rounds of debt from investors. One of the deals included warrants that can be exercised at an $18 billion valuation. That is below the $26 billion Airbnb cited as an internal valuation in early March and much less than the $31 billion valuation from its 2017 fundraising round.