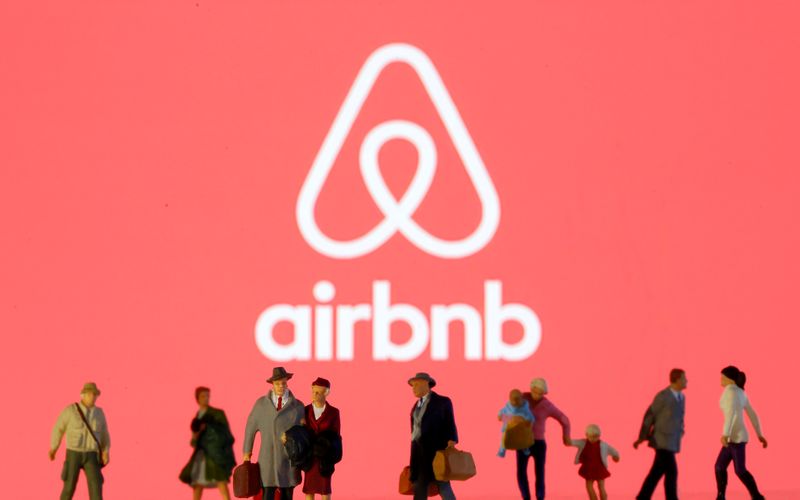 Revenue fell to $335 million in the second quarter ended June 30, from more than $1 billion last year, the report https://www.bloomberg.com/news/articles/2020-08-12/airbnb-revenue-tanks-67-in-second-quarter-ipo-planned-for-2020?sref=vEQJzSks said on Wednesday, adding that loss before interest, taxes, depreciation and amortization came in at $400 million.

The company showed some signs of recovery towards the end of the quarter, with bookings down 30% in June from a year earlier, compared with a 70% decline in May year over year, according to the report.

The company’s plans to go public, one of the highly awaited stock listings this year, come at a time when its home-rental business has been hit hard by the pandemic, which has forced millions of people to postpone their travel plans.

Airbnb is close to confidentially filing paperwork for an initial public offering (IPO) with the U.S. Securities and Exchange Commission later in August, a media report on Tuesday said.

Its guests have booked more than 1 million nights globally as of July 8 and a major part of the bookings were for trips that will start on or before Aug. 7, the company said in July, adding it hit the 1 million mark for the first time since March 3.