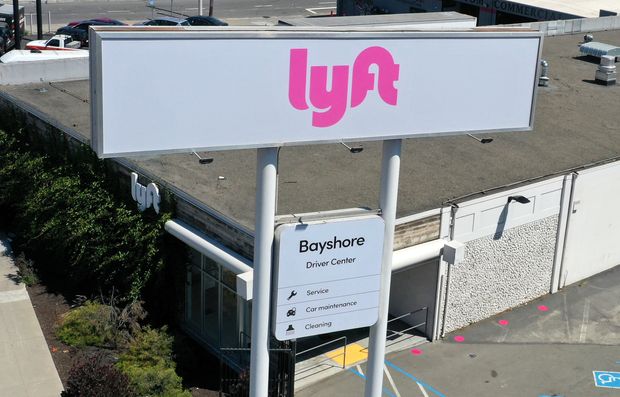 Shares of Lyft Inc. fell Thursday after its quarterly results showed continued weakness in demand for ride-hailing and executives signaled a possible shutdown of operations in California next week.

The San Francisco-based company slightly exceeded analysts’ estimates for second-quarter revenue and showed an adjusted loss narrower than expected as rides fell 60%, but it did not provide guidance for the third quarter, citing continued uncertainty surrounding the COVID-19 pandemic even as executives pointed to rebounding ride demand in some markets. Add that to Lyft’s unclear future in California, where it is facing an injunction that would force it to classify its drivers as employees unless it wins an appeal, and investors are facing a lot of unknowns.

See: Uber and Lyft say they may shut down in California if forced to classify drivers as employees

“With so much top line uncertainty, we find it difficult to recommend LYFT shares,” analysts with Piper | Sandler, who reiterated their neutral rating and kept their $31 price target unchanged, wrote in a note to clients.

Lyft and rival Uber Technologies Inc. UBER, -0.93% are fighting a new California law that would require them to change the status of its drivers from independent contractors to employees, which would entitle drivers to a minimum wage, health benefits and other labor protections. On Monday, a San Francisco Superior Court judge granted an injunction sought by California, San Francisco, Los Angeles and San Diego to force Lyft and Uber to comply with the law. The judge gave the companies 10 days to file an appeal. If they lose their appeals and follow through on their threats to shut down, that could happen next Friday.

“The tone around the CA injunction increases the likelihood of a temporary shutdown of service for Lyft and Uber on Aug. 21, which would weigh on financials heavily” in the second half of the year, Barclays analysts wrote. However, without taking a shutdown into account, the analysts, who have an equal-weight rating on the stock, increased their price target from $31 to $33.

Still, analysts are mostly positive on how executives are managing through the pandemic. RBC Capital Markets analysts, which called second-quarter results “very weak,” maintained an outperform rating on the stock and said Lyft “should be a very good rebound stock, the company is aggressively managing down expenses, and Rides are recovering.”

On the company’s earnings call, Chief Financial Officer Brian Roberts repeatedly mentioned lower costs including for marketing and insurance per ride, and said Lyft remains on track to “achieve adjusted Ebitda profitability with fewer rides” by the fourth quarter of 2021.

Of 25 analysts tracked by FactSet, 16 have a buy rating, eight say hold, and one calls the stock overweight. The average price target Thursday was $41.51, about 39% higher than the going rate.