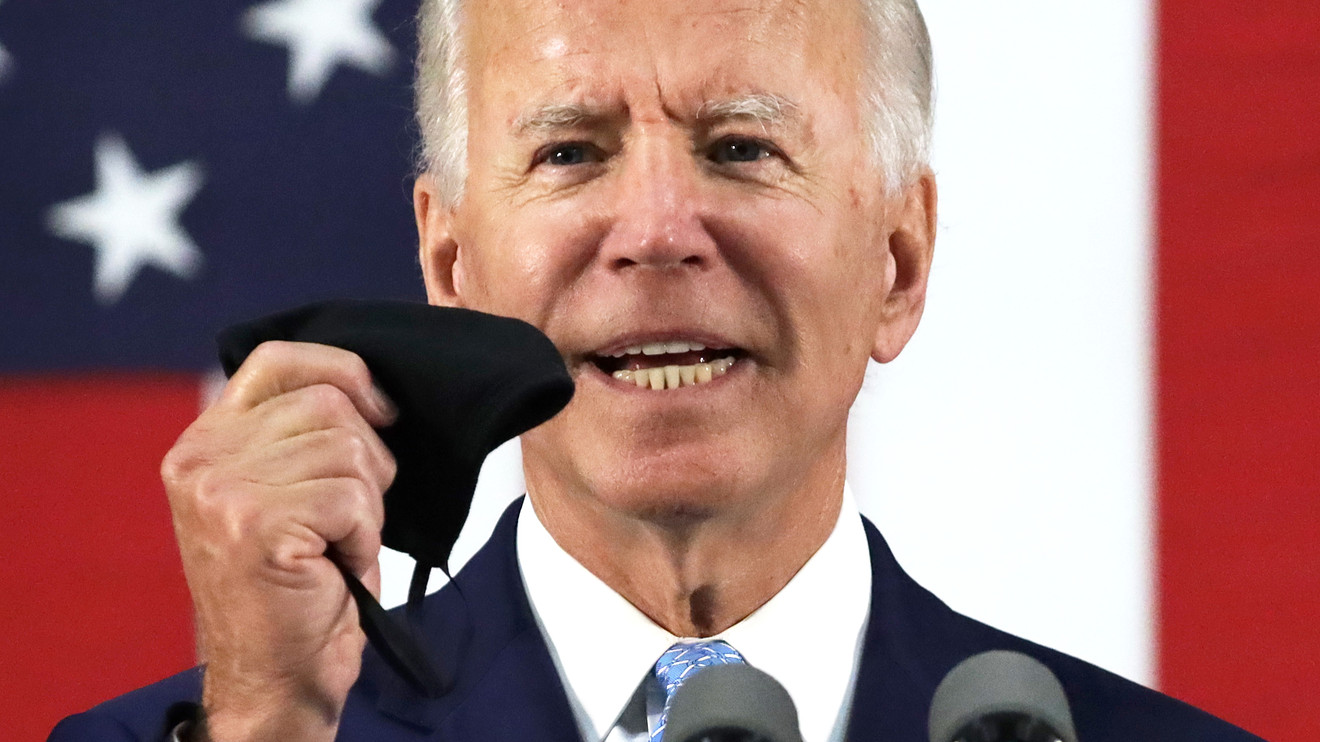 The gloves are off — and the masks are on.

A day after Joe Biden called for a national mask mandate as part of his coronavirus plan, the presumptive Democratic presidential candidate released a campaign ad calling out the Trump administration for its pandemic response.

“We’re seeing it again: the virus spreading out of control. The president once again failing to act,” a narrator says at the beginning of the 30-second “Ready to Lead” spot.

The ad then argues that Biden is prepared to “take action now,” which includes “expanding testing, calling for mask mandates nationwide, starting immediately, and producing more protective gear here at home.” It concludes, “Fighting this virus and rebuilding our economy will take a president who’s ready to lead.”

Biden is shown wearing a face mask throughout the video; Trump is not, reflecting the president’s mixed messaging over masks throughout the pandemic. While Trump originally refused to wear one in public where the media could see it, last month he softened his stance on face coverings. He suggested in a press conference that “if you’re close together, I would put on the mask,” and also posted a picture of himself wearing one bearing the presidential seal on Twitter TWTR, -0.89%, stating it is “patriotic” to wear a face mask.

Related:Echoing Fauci’s message, Trump has change of heart on face masks: ‘If you’re close together, I would put on the mask’

The president also responded to Biden’s mask mandate announcement during a coronavirus briefing on Thursday by calling it “shameful” that his presumptive opponent would use the pandemic to “try and score points.” He also said that, “We have urged Americans to wear masks. We’ve been saying wear them when it’s appropriate. Maybe they’re great, and maybe they’re just good, maybe they’re not so good. But frankly, what do you have to lose?”

The “Ready to Lead” ad is one of four new videos that the Biden campaign will be airing in key swing states, including Arizona, Florida, Michigan, Nevada, North Carolina, Pennsylvania and Wisconsin. There is also a 30-second “Dignity” spot narrated by Biden, that targets older Americans who are being “hit the hardest” by the pandemic that has killed more than 167,000 Americans, according to Johns Hopkins University. A New York Times analysis suggests the U.S. death toll is actually more than 200,000 since March.

The Biden campaign announced it has launched a $20 million advertising campaign this week, which will be followed by a $24 million media program next week, running up to its previously announced $290 general election paid media reservations across 15 battleground states that will begin rolling out in September.

Biden and his vice presidential pick, Kamala Harris, called for a national mask mandate on Thursday, stating it could save 40,000 lives over the next three months by slowing the spread of the COVID-19 virus. He argued that it doesn’t have anything to do with partisanship or personal rights. “It’s about your responsibilities as an American,” he said.

Related:If every American started wearing a face mask today, this is how many lives could be saved

Unfortunately, the medical recommendations of the World Health Organization and the Centers for Disease Control and Prevention to wear a face covering in public when social distancing isn’t possible has, indeed, become politicized during the pandemic.

Individual states including Delaware, New York, Virginia and Illinois have issued mandates requiring citizens to wear masks in public places, but there has not been a unified national response telling Americans to put on facial coverings or stay six feet apart. Trump argued on Thursday that this is because “each state is different and is facing unique circumstances,” so it’s the responsibility of local government to determine what’s best for each state.

“We will continue to urge Americans to wear masks when they cannot socially distance, but we do not need to bring the full weight of the federal government down on law-abiding Americans to accomplish this goal,” Trump said. “Americans must have their freedoms, and I trust the American people and their governors very much.”

The Trump campaign recently released its own spot stating the country is “winning the war against the virus,” which you can watch here:

As of Friday morning, confirmed global cases of COVID-19 were nearing 21 million, including at least 5.25 million Americans. CDC director Robert Redfield warned this week that the combination of the current pandemic plus the pending flu season could make this “the worst fall, from a public health perspective, we’ve ever had.”