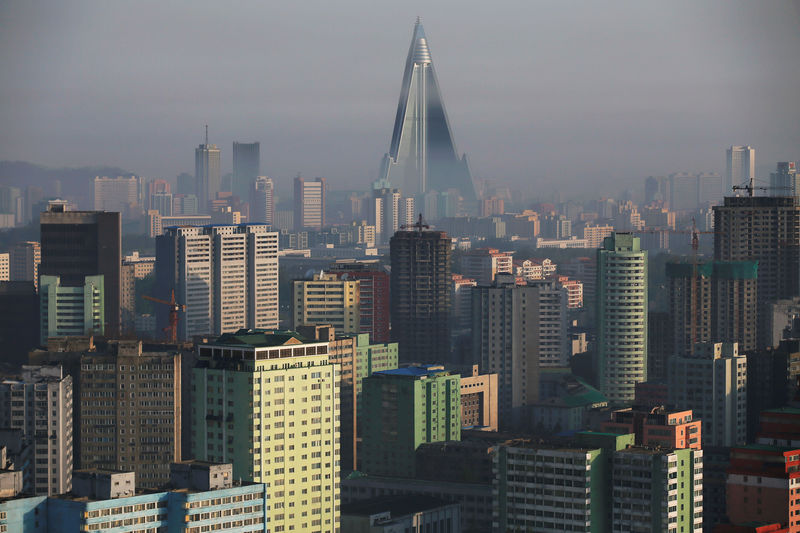 The moves announced in state media reports Friday come as North Korea is facing flooding set to wipe out farmland and deal another blow to its already staggering economy. The premier is seen as a steward of economic management and naming Kim Tok Hun to the post to replace Kim Jae Ryong could deflect blame off the North Korean leader for any hardships coming from a poor harvest.

The official Korean Central News Agency report said “Kim Jae Ryong was relieved from the premiership.” Kim Tok Hun is a senior cadre who serves as the head of the parliamentary budget committee.

“The North Korean economy is facing a serious challenge now and someone had to take political responsibility,” said Choi Kang, vice-president of the Asan Institute for Policy Studies in Seoul. “This looks like a precautionary measure to offset complaints from North Korean people.”

Kim Jong Un said at a Workers’ Party politburo meeting that flooding has taken a toll but North Korea shouldn’t accept foreign aid because of the coronavirus risk, KCNA said. North Korea has said it doesn’t have any coronavirus cases — a claim doubted by U.S. and Japanese officials — and placed Kaesong on lockdown last month after the former defector crossed into the country.

The leader “decided to lift the lockdown of Kaesong city based on scientific evidence,” KCNA added, noting he also ordered measures to further support flood victims.

North Korea has been hit by flooding since earlier this month, as torrential rains threaten to wipe out farmland and the virus-damaged economy heads for what might be its biggest contraction in more than two decades. The flooding has also impacted its Yongbyon nuclear facility, with waters reaching pump houses for mothballed reactors, the 38 North website said based on an analysis of satellite imagery.

Agricultural production is a key element of North Korea’s economy and flooding in its summer months has led to diminished harvest, putting strain on Kim as he battles global sanctions put in place to punish the state for its nuclear and ballistic missile testing. The United Nations World Food Program, which has operations in North Korea, has said about 40% of the population is undernourished, adding “food insecurity and malnutrition are widespread.”

In addition to damage to farmland, Kim’s decision to shut borders in January due to the coronavirus slammed the brakes on the little legal trade the state has, and could send the economy this year into its biggest contraction since 1997, according to Fitch Solutions.