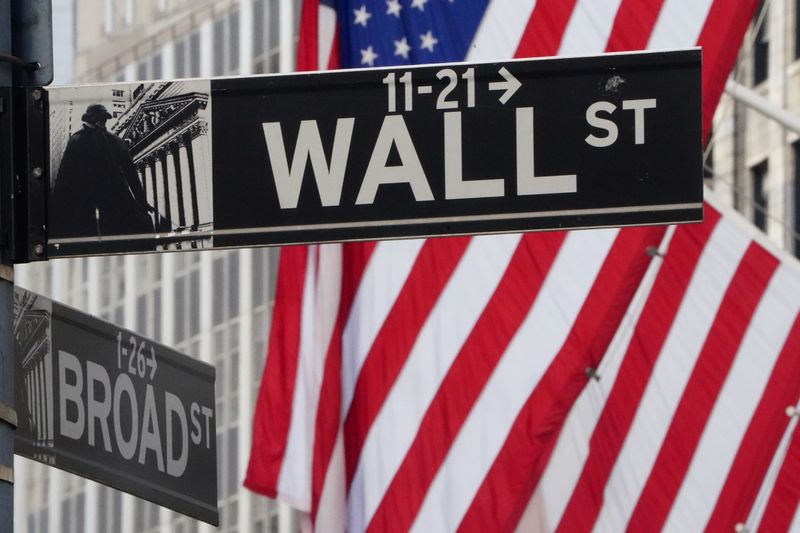 NEW YORK (Reuters) – Investors are girding their portfolios for market moves ahead of the U.S. presidential vote, as election season kicks into higher gear with the Democratic National Convention in the coming week.

Though elections have loomed large on investors’ radar this year, their influence on markets has taken a backseat to the coronavirus pandemic and unprecedented stimulus from U.S. policymakers.

That may change in coming weeks, investors said. Some are beefing up cash positions or making bets on a flare-up in volatility as they eye a range of outcomes, including the possibility that the contest between President Donald Trump and presumptive Democratic nominee Joe Biden may yield a result that is not immediately certain or likely to be disputed.

“There’s plenty of reasons to believe that the election outcome is going to be drawn out,” said Lamar Villere, a portfolio manager at Villere & Co. “That’s going to show the cracks in a market that’s been priced for perfection.”

Villere’s firm has raised its cash levels to as high as 20% of assets as a hedge against election-induced volatility in a stock market some say has become richly valued – the S&P 500 has rallied more than 50% from its lows of the year and trades at its highest forward price-to-earnings multiple in around two decades.

Some investors believe the market’s performance over the next few months could point to which candidate will triumph in November.

The incumbent president has tended to win the White House when the S&P 500 index has risen in the three months before the election, data from TD Securities going back to 1930 showed.

That may be bad news for Trump. While the index is up about 3% for this month, August kicks off what has historically been the weakest three-month stretch of the year for equities, where the average historic return stands at about 0%, according to data from BofA Global Research.

At the same time, no incumbent has been awarded a second term in the midst of a recession, TD securities wrote.

Biden leads Trump by 8 percentage points, according to a Reuters/Ipsos poll released Wednesday after Biden had selected U.S. Senator Kamala Harris as his running mate.

A Biden victory – as well as a possible Democratic sweep of the House and Senate – could threaten policies championed by Trump and generally favored by Wall Street, including lower corporate tax rates and fewer regulations, analysts said.

“The full implications of a future Biden presidency could unsettle markets in the first instance,” analysts at Oxford Economics said in a recent note.

A proposed corporate tax rate increase to 28% could shave about 5.5% off 2021 S&P 500 earnings, lower capital spending by around $50 billion and lead to a $100 billion decline in stock buybacks, according to J.P.Morgan.

At the same time, a Biden administration would likely move away from Trump’s trade tariffs in Europe and China, helping international and emerging market stocks outperform U.S. equities in the year ahead, said Stuart Katz, chief investment officer of Robertson Stephens Wealth Management.

At least one of Biden’s flagship policies – a $2 trillion increase in infrastructure spending – could further weigh on the already weakened U.S. dollar, Oxford Economics said.

A second term for Trump could also be positive for oil and gas companies which may benefit from a further relaxation of Obama-era regulations, Innes said.

Investors should also prepare for the possibility that the president could cast doubt on the veracity of the vote or pull out of the race altogether, wrote Joseph Amato, CIO of equities at Neuberger Berman, said in a recent note.

Trump escalated fears of a contested election in a late July tweet, suggesting the election be delayed until people can “properly, securely and safely vote.”

“The further behind he is in the polls, the more provocative his decision-making could become,” Amato wrote.