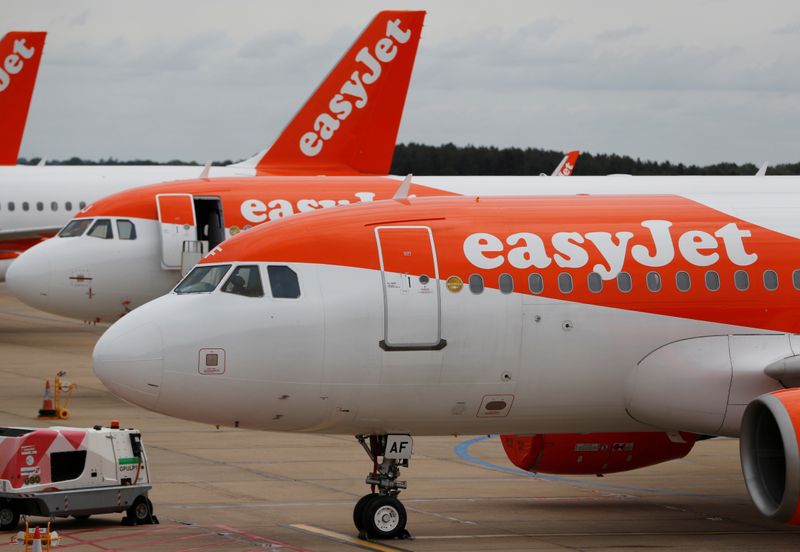 EasyJet said in May that it would need to axe 4,500 jobs across Europe to prepare for a smaller travel market due to the pandemic, and is starting that contraction by closing bases at London Stansted, London Southend and Newcastle airports.

The outlook for airlines darkened last week after France joined Spain on Britain’s quarantine list, deterring travel to the two most popular destinations for Britons and dashing hopes for an August recovery.

EasyJet’s bigger rival Ryanair (I:RYA) said on Monday that it would reduce its flight capacity by a further 20% during September and October after a reimposition of travel restrictions led to a notable weakness in forward bookings.

Johan Lundgren, chief executive of easyJet, blamed “the unprecedented impact of the pandemic and related travel restrictions” for the base closures and said in a statement that Britain’s quarantine measures were affecting demand.

Up to 670 pilots and crew work at the three bases and many of those will lose their jobs. They will make up some of the 1,900 jobs in Britain that easyJet flagged in May would go as part of the 4,500 European total.

An easyJet spokeswoman said that it was likely that fewer than 1,900 jobs would actually be lost in the UK due to agreements on part time and seasonal contracts, base transfers and unpaid leave. There will also be less compulsory job cuts due to agreements on voluntary redundancy.