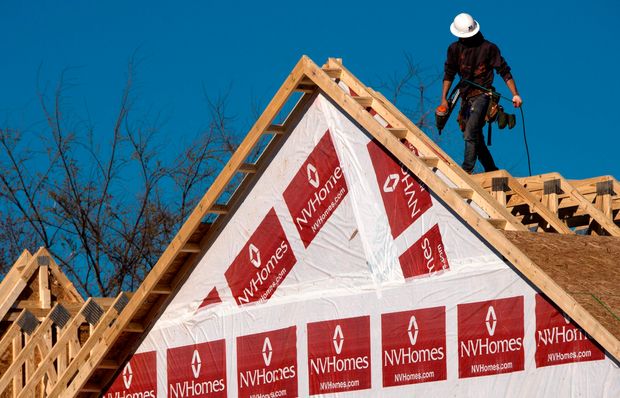 A construction worker is seen installing a rooftop on to a new home being built in Fairfax, Virginia.

The numbers: The construction industry’s outlook improved again in August after recent record lows, according to research from a trade group released Monday.

The National Association of Home Builders’s monthly confidence index rose 6 points to a reading of 78 in August, the trade group said Monday. The data, usually released at 10 am Eastern, was posted early on the NAHB website.

The index reading in August was the highest on record in the 35-year history of the data series,

Index readings over 50 are a sign of improving confidence. The index had fallen below 50 in April and May.

What happened: The three main indicators that guide the overall index all increased this month.

The index that measures sentiment regarding prospective buyer traffic soared eight points to a record high of 65. The index of expectations for future sales over the next six months rose three points to 78, and the gauge of current single-family home sales jumped six points to 84.

The four regional indexes also all recorded gains. The Northeast index posted the biggest increase, rising 20 points to 65, followed by the Midwest’s 13-point uptick to 63. The indexes for the South and the West were at 71 and 78 respectively in August.

The big picture: Home builder confidence has staged a marked turnaround over the past few months after dropping to the lowest level since 2012 back in April.

The housing market has proven to be something of a bright spot in the economic rebound from the coronavirus-fueled downturn. Record low mortgage rates have helped to fuel even greater demand among home buyers. Plus, there’s evidence that the pandemic simply shifted the time frame in which people are buying homes this year, rather than prompting Americans to forego the purchases entirely.

The steady pace of home sales should have ripple effects through the rest of the economy. As ING chief international economy Jame Knightley noted in a report last week, home sales have “historically been well correlated with consumer spending on related sectors such as furniture, home furnishings, garden equipment and building supplies.”

But the market for new homes could see some specific restraints. In particular, lumber prices have skyrocketed in recent months. Home-building activity recovered at a much faster pace than originally expected when COVID-19 first began spreading across the U.S., which caught lumber producers off-guard after they had scaled back production because of the pandemic.

“Such cost increases could dampen momentum in the housing market this fall, despite historically low interest rates,” NAHB Chairman Chuck Fowke, who works as a home builder in Tampa, Fla., said in the report.