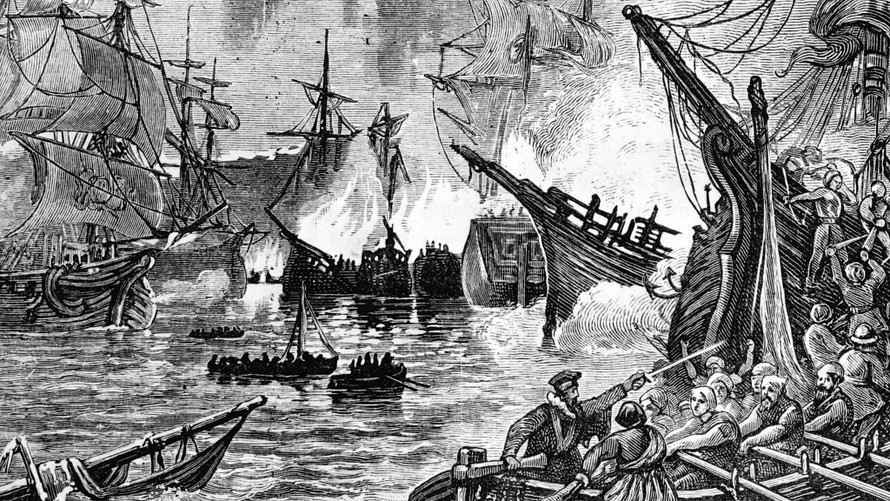 “ ‘The Spanish Armada’s got nothing on Trump supporters down there.’ ”

That’s Fox News host Pete Hegseth comparing the big boat parade of Trump supporters in Florida on Saturday to the Spanish Armada… which, incidentally, was crushed by the English in 1588.

The Spanish Armada, according to History.com, was a naval force of about 130 ships, manned by 8,000 seamen along with 18,000 soldiers and thousands of guns, that set out to invade England.

Long story short, the so-called “Great and Most Fortunate Navy” returned to Spain in the fall of 1588, having lost as many as 60 of its ships and suffering an estimated 15,000 casualties. It has long been remembered as “one of history’s great military blunders.”

Meanwhile, here’s some more images from the Trump armada:

Trump’s presidential boat has yet to sink, but he does find himself trailing in recent polls. According to the latest national NBC News/Wall Street Journal poll, Joe Biden leads Trump nationally by 9 points among registered voters, 50% to 41%. What’s more, the poll shows Sen. Kamala Harris, Biden’s running mate, has a higher net personal rating than either Trump or Biden.