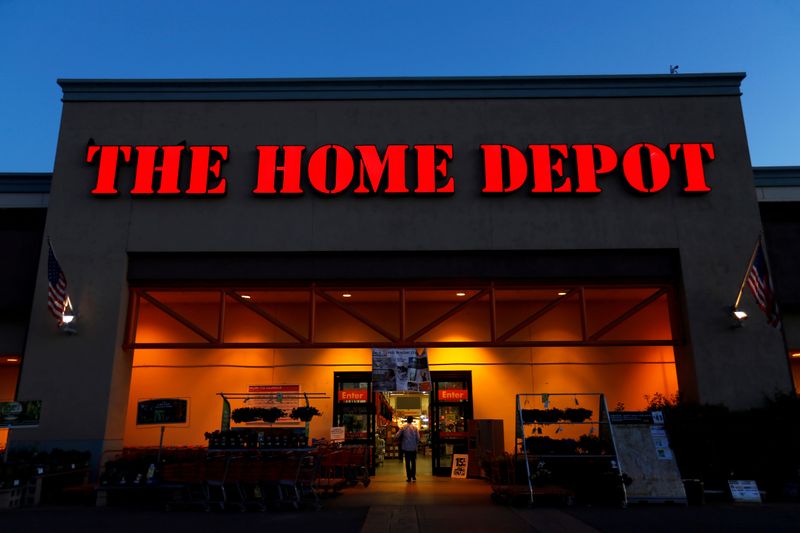 (Reuters) – Lowe’s Co Inc (N:LOW) is expected to edge past rival Home Depot (N:HD) with what could be its biggest growth in quarterly same-store sales in at least a decade, benefiting from its exposure to customers ready to splurge on do-it-yourself home renovations.

Sellers of paint, tools and gardening equipment have been among the winners since the start of the COVID-19 pandemic, as people take up more repair and remodeling projects themselves while hunkered down at home.

But business for handymen, carpenters or professional contractors, who tend to shop more at Home Depot, has slowed.

Still, both have continued to invest in pulling in high-spending building contractors, as U.S. homebuilding jumps amid rising demand for housing in suburban and rural areas.

The rush to the suburbs, as more companies allow work-from-home, has been a boost for Lowe’s, which has a majority of its stores located in those areas.

To be sure, Lowe’s is a long way from overtaking its rival in total revenue or profit.

“We’re expecting Lowe’s to beat estimates, but the one challenge they have against Home Depot is their margins. Their sales are coming through, but they need better margins to compete,” said Jim Boothe, chief investment officer of Brentview Investment Management, which holds a stake in Lowe’s.